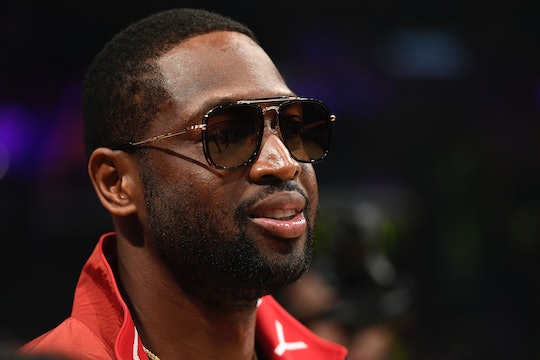 "Nothing Changes From My Love": Dwyane Wade Spoke Beautifully About His LGBTQ Child

In a recent interview, retired NBA star Dwyane Wade spoke candidly about his unconditional love for his LGBTQ child, 12-year-old Zion. The devoted father often shows his deep support for his family, and his comments about raising his pre-teen and educating himself are truly beautiful.

Wade, a father of four children and guardian to his nephew, recently sat down for an interview with Showtime's All The Smoke podcast and spoke openly about his 12-year-old child, Zion. Wade, who's married to actress Gabrielle Union, was asked to speak about the sort of courage he needed to support Zion when there was a social media backlash and negativity concerning his child wearing fake nails and a crop top, and the proud dad gave Zion all the credit.

"First of all if you want to talk about strength and courage, my 12-year-old has way more than I have. You can learn something from your kids," he said.

Union and Wade have both openly supported Zion as an LGBTQ youth; they've gone to a Pride parade as a family, and when Wade posted a family photo over Thanksgiving with Zion wearing a crop top, he vigorously defended Zion from internet trolls. "Stupidity is apart of this world we live in — so i get it," Wade wrote on Twitter at the time in response to the negative comments he saw. "But here’s the thing — I’ve been chosen to lead my family not y’all. So we will continue to be us and support each other with pride, love & a smile!"

Wade explained during the podcast that he defends Zion not simply because he is a father, but because he "understands my platform as a voice for the LGBTQ community."

It hasn't always been easy for Wade, though. During the interview, he talked about having to "look myself in the mirror" when Zion was just 3 and he noticed that his child was different from his older brother. He realized that his reaction was about him, not his son. "All those people who are out there need to understand that you are the one with the issue and the problem. It's not the kids," Wade said.

The former NBA player went on to say that he "watched his son become who she is from day one, and for me it's all about nothing changes from my love." With that in mind, he has been educating himself in an effort to better understand Zion, and if this is not a message so many people need to hear, perhaps especially as families prepare to gather for the holidays, I don't know what is.

Wade's honesty about needing to initially come to grips with Zion's identity is perhaps just as important as his open support. Because it can be difficult for some families to wrap their heads around a change in perception, no matter who that person is or what the change might be. But as Wade noted, love should not be a changeable commodity.

More Like This
George Clooney Really Regrets Having His Twins Learn A Language He Doesn't Speak
Prince George Reportedly Got Sassy In A Fight With A Classmate
Prince William Was Quick To Remind Someone That He Does School Drop-Off Duty Too
Zaya Wade Is Rocking New Long Hair & As Gabrielle Union Put It, She's A "Vision"