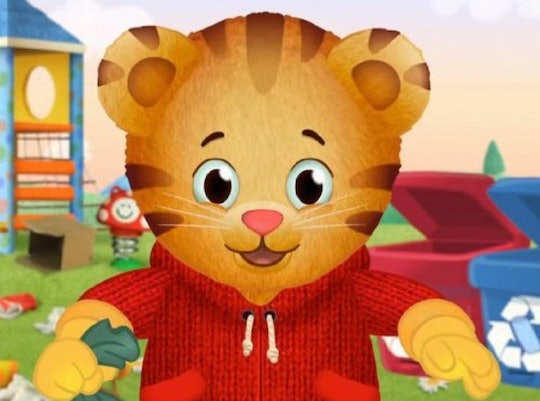 Daniel Tiger has a strategy for coping with pretty much everything life can throw at you. From feeling frustrated to trying new activities, that adorable orange tiger has you covered. It's so easy to learn from him that you can sum up every lesson from Daniel Tiger in one sentence. There is even a song (or two, or three) to go with every lesson — and they're seriously catchy.

Thanks to the practicality of these lessons, it isn't just your kids who can benefit from what Daniel Tiger teaches. I've found myself on more than one occasion picking up what DT has put down in song form. I am not ashamed to admit that "When you're feeling frustrated, take a step back," runs through my head from time to time when I'm about to have a major moment and flip out after my kids have begged me to go to the park for the eighth straight time despite a raging thunderstorm outside, or something equally as ridiculous. Whatever works, right?

These handy sentences sum up some of life's most difficult moments, and thanks to the fact that your kid is likely obsessed with Daniel Tiger already, they'll be able to catch on to some of these strategies sooner rather than later and hopefully be better adults one day because of it.