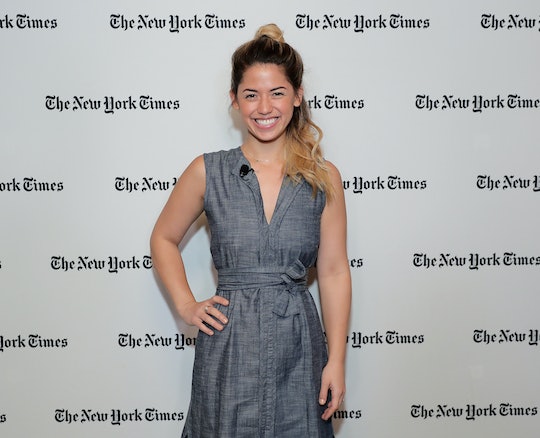 Food Network's Molly Yeh Is Pregnant & Here's What We Know

Do you really love food and do you also really love babies? Oh, and how do you feel about watching television shows about food? Of course you love all of these things, and so you should be excited when I tell you that Girl Meets Farm's Molly Yeh is pregnant with her first child with husband Nick Hagen. Because who doesn't love a farm and a baby and a happy couple and delicious food, right?

Some of you might recognize Yeh from her hugely popular food blog My Name Is Yeh, which she initially started in 2009. When Yeh first started out she was living in Brooklyn as a graduate of Julliard, cooking and writing and playing music and taking pictures. Things all changed after she met fifth generation farmer Nick Hagen from North Dakota when the two were both students at Juilliard together, as Delish explained. They fell in love, and of course that changes everything. Yeh moved to the farm when the two were married in December 2014, a fact she celebrated last December with an Instagram post that hilariously bragged, "three years and he still hasn’t farted in my presence HAPPY ANNIVERSARY TO MY FAVORITE HUSBAND YET!!!! I love you!!!!!!"

These days life is looking pretty fantastic for Yeh. In 2016 she wrote an award-winning cookbook Molly on the Range: Recipes and Stories from An Unlikely Life on a Farm. And her new show on Food Network, Girl Meets Farm, is about to go into its second season after enjoying a successful premiere in June.

Oh, and another sweet little bit of news. Yeh is also expecting a baby.

She shared a series of pictures to announce the impending arrival on Instagram with the caption:

The Food Network star told People that she is 19 weeks pregnant, and her baby bump will definitely be seen on the second season of her show. She also admitted her pregnancy came as something of a surprise, which she started to suspect when she had a lazy Sunday that wasn't exactly her usual routine:

Normally on Sunday, I bake bread and I do stuff around the house to prepare for the week, but there was one Sunday where I couldn’t do anything but sit on my couch and watch TV. That was the first time I suspected it and I was like ‘Hmm.’

(If this is an indication of pregnancy I am always pregnant, I guess.)

Now that her pregnancy is well underway, Yeh told People she is super excited about certain aspects of becoming a mom and spoiler alert one of them involves food:

It sounds like this baby is going to be coming into a pretty fun family. Living on a farm, eating delicious good and trips to Disney World?