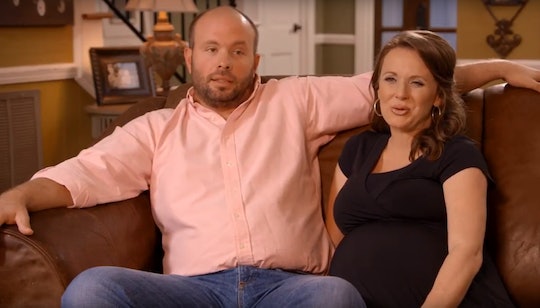 With two school-aged kids I’m constantly exhausted, so I can’t imagine how hard it must be to manage life with nine children. That’s the story of the Eric and Courtney Waldrop, an Alabama couple that gave birth to sextuplets in 2017, with three older sons at home. The family is the subject of TLC’s reality series, Sweet Home Sextuplets, and fans want to know how they manage such a big family. So how do the Waldrops make their money? Because baby gear for six adds up.

Eric owns and runs a landscaping business and Courtney was a first grade teacher. Eric’s company, Robinson and Waldrop Landscape Group, handles all kinds of landscaping needs in their hometown of Albertville, Alabama, including irrigation, hardscaping, and maintenance. On the company’s website, Eric is noted as having a Bachelor’s Degree in Landscape Horticulture from Auburn University. Before her pregnancy, Courtney was a teacher at Albertville Primary School, and The Gadsden Times reported that she's considering going back to work in the future.

But this doesn't include the TLC series, from which the Waldrops likely get some additional income. Reality TV stars can make anywhere from $1500 to $3,000 per episode in the beginning, and after a few successful seasons, that could be bumped up to $30,000 according to Business Insider. The Waldrops' income for Sweet Home Sextuplets hasn’t been revealed, but I’m sure any extra income will be put to good use in a house with nine kids.

There is also, of course, the question of making money from sponsored Instagram posts. Another TLC family of multiples, the Busbys from OutDaughtered, for example, often post sponsored content and have a partnership with Target. On the Waldrop family's Instagram they will often tag specific clothiers, but it is unclear if they are being compensated for these posts. If they were, it's not as if anyone could blame them.

Of course, all of this is speculation as the Waldrops have not spoken about the specifics of their finances, as they have every right not to do.

On the series, viewers get an inside look at the Waldrops' hectic lives, from Courtney's struggle with her high-risk pregnancy, the birth of the babies, and packing for family vacation.

A report by Today revealed that Eric and Courtney never planned on having sextuplets, and with their 9-year-old son Saylor and 6-year-old twins Wells and Bridges at home, the couple had initially hoped to have one more child. After suffering a miscarriage, Courtney started fertility treatments, but found out she was pregnant with sextuplets just weeks later. In December of 2017 she gave birth to three girls named Rayne, Rivers, and Rawlings and three boys, Tag, Blue, and Layke.

Managing life as a family of 11 comes with difficulties, as anybody might imagine, and the Waldrops are candid about what that means for them on Sweet Home Sextuplets. Courtney has said she feels divided sometimes, as when she tried to pay attention to a little league game while simultaneously caring for six fussy infants. The family has also dealt with an outbreak of flu which reached apocalyptic levels, as well as attempting to go out to eat as a family which — well you get it.

But through the struggles, financial, scheduling, and emotional, what comes across in this family more than anything else is the overwhelming love they have for one another — and that's something anybody can relate to.