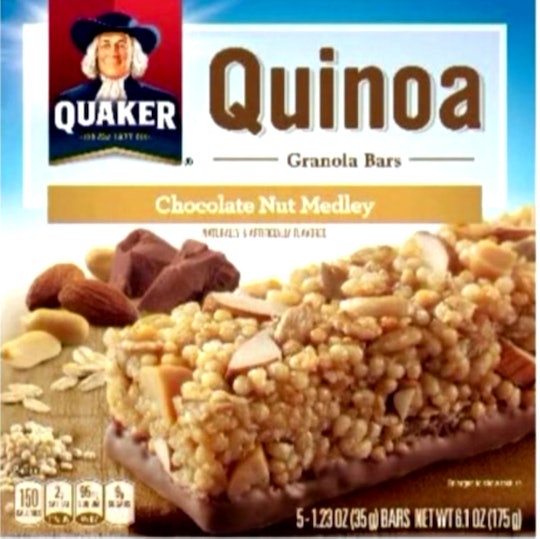 How Does Listeria Affect Kids? The Quaker Oats Granola Bar Recall Has Everyone On Alert

Granola bars are childhood breakfast staples, so when Quaker Oats issued a voluntary recall of its Quaker Oats Quinoa Granola Bars last month, there was no question that kids would be affected, even if it meant only that they couldn't have their favorite treat. The company pulled the bars from the shelves over fears that they were contaminated with listeria, a food borne illness that's been a major national concern for months now, and in early June the company announced a second round of recalls. Because kids surely would have eaten these potentially contaminated snacks had they remained in stores, parents are surely wondering how listeria affects kids.

First, it's important to note that the recent slew of listeria-related recalls in the United States have mostly been made out of an abundance of caution, although listeriosis has caused a small number of hospitalizations across the nation recently. Quaker Oats originally decided to remove some of its products from store shelves May 16 when it learned that one of its ingredients suppliers, Sun Opta, had discovered that sunflower kernels used in the bars may have contained listeria. Because a listeria infection is potentially fatal if left untreated, and is especially dangerous for pregnant women and anyone with a weakened immune system, including the elderly and newborns, the company opted not to take any chances.

But what if a kid (or anyone else) already consumed the granola bars? The good news is that, according to the Centers for Disease Control and Prevention, there's a chance that a person who ate a product contaminated with listeria may not even exhibit symptoms, which means there's no reason to see a doctor. So, if kids don't experience fever, muscle aches, nausea, or diarrhea, it's still a good idea to stay vigilant, but there's no reason to freak out. According to the Mayo Clinic, symptoms can take a few days (or up to two months) to manifest, and if they do, doctors can administer antibiotics to fight the infection.

Kids, along with adults, can also come down with a more serious complication of a listeria infection, bacterial meningitis. That's life-threatening, so if they experience a high fever, severe headache, stiff neck, confusion, or sensitivity to light, it's time to seek emergency care.

Babies, though, are the ones who can fall victim to the most devastating effects of a listeria infection, especially if they contract it while in the womb. If a pregnant woman gets infected with listeria, she could have a stillbirth, or the baby could develop a serious infection within the first few days of life, the Mayo Clinic reports. In a newborn, symptoms could include little interest in feeding, irritability, fever, and vomiting.

There certainly has been an uptick in listeria-related food recalls in recent years, but that actually could be a good thing, as it indicates that the technology to detect outbreaks has improved, Elliot Ryser, professor of food science at Michigan State University, recently told Patch.com. Listeria is actually not more common that it ever was before — we just know about it faster, which certainly has the potential to save lives. That means kids are actually less at risk of contracting potentially fatal illnesses, and I'd say that a reason to celebrate.