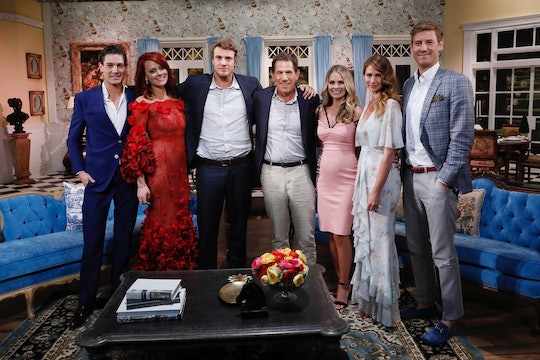 These Are The 'Southern Charm' Cast's Real Jobs

After several years on a reality show, you would expect the cast of Southern Charm to be raking in a decent amount of money from the show, alongside all of the perks and social media endorsement opportunities that come from it. For these stars that may be true, but their lives don't seem to revolve around the show. So how does the Southern Charm cast make a living outside of filming? They each have their own careers, but some are clearly doing a little better than others. Some of the cast benefited from family businesses and connections while others have built their careers without these advantages. And because this is Southern Charm, some people take their hobbies more seriously than their actual jobs.

But net worths and general yearly income aside, the Southern Charm stars have each found ways to make money on their own apart from starring in the popular Bravo reality show — even though they’re all obviously making something from that too. The Charmers' jobs include careers as diverse as modeling, designing a fashion line, running for public office, and attempting to become a restaurateur.

Basically, this is a very eclectic bunch with a wide range of talents, passions, and motivations.