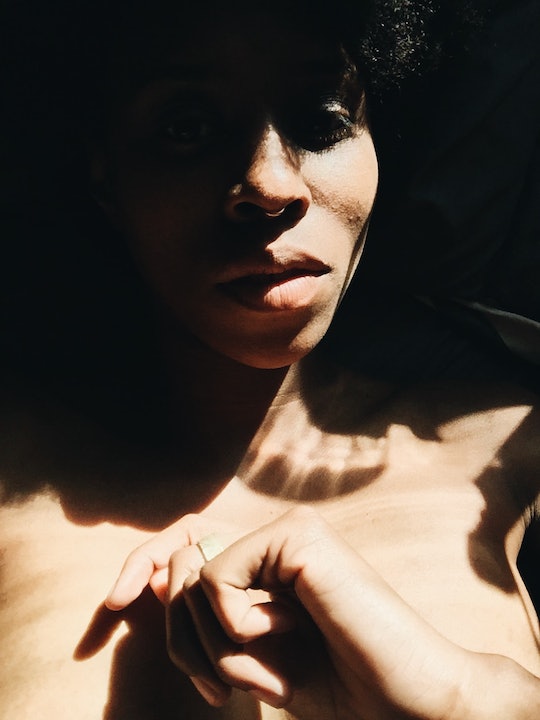 How Having Kids Made Me More Comfortable In My Own Sexuality

I've never really heard the word "mom" uttered in the same breath as "sexuality" and "sexy." If anything, those words are generally used against each other. We've been conditioned to believe that you can't be a mom and be sexy, that you can't be a mom and be sexual. Sometimes it feels as if sexiness is only reserved for single women, for a life before or without kids. But even though I've only been a parent for seven years so far, having kids helped me feel more comfortable with who I am. Before having kids, I was unsure of my body and self-conscious of what it could do. Seven years later, however, my body bares the scars of pregnancy. I've grown. I've lived. I've loved deeper and more meaningfully than I ever thought possible. I love my body and what it has shown me, and I can thank motherhood for that because becoming a mom made me more comfortable in my sexuality.

The first time I had sex I was 18 and it happened in my car in the middle of the day. It felt so natural, unlike what I'd read sex would be like in the beginning. My body felt powerful and so did I. I was raised without a lot of education or conversation surrounding sex in our home, so when I began my sexual journey, I wasn't just learning about other people's bodies, but also my own. When I settled down with my partner about a year and half into my college career, we got married and then had children. I knew sex was enjoyable, but from what I understood it wasn't necessarily an important part of being an adult or a mother — at least, that's what I understood from books, from TV, and from other women around me. No one around me talked about sex during marriage or after kids. So I accepted that my new normal was a marriage and a family and very little sex. I thought that was how it was.

But when I walked past a mirror one day and looked at my body, I realized I didn't recognize it. I panicked, trying to remember what it used to look like before children. I studied my stretch marks and my two c-section scars. I noticed my boobs were hanging lower than I remembered at 20. And was my ass always that saggy? I wondered if I was sexy, if anyone besides my husband found me attractive. At first, the idea of being sexy with small children running around seemed silly. Ridiculous, even. But I kept coming back to this thought: Why can't I, a mother, still be someone who is sexy? Why can't I feel sexy?

I challenged myself to stare myself down in the mirror and tell myself that I was good enough, that my body was as powerful right then, just as it was the first time I had sex.

It took me awhile to embrace this idea of stepping into my own sexuality. It was difficult when everything and everyone around me defined sexy as something very particular and exact. I felt like I couldn't be sexy because my hair was too big, too kinky, because my ass and hips jutted out further than the average thin girls', because my stomach wasn't flat and smooth, because it was a bit lumpy and rough in different places. But even with the odds stacked against me, I challenged myself to stare myself down in the mirror and tell myself that I was good enough, that my body was as powerful right then and there, just as it was the first time I had sex.

I observed how my children treated my body, as if it was something that held meaning and purpose. I carried them inside me, somewhere deep down, and they recognized that. To them, my body was this perfect vessel in such a primal way. Whatever they needed, my body gave. Care, love, trust, a foundation; life. Their blind respect for me and my body made me stop so many times — if my children saw me as perfect, why couldn't I?

During my marriage, I shied away from the kind of sex I wanted to have with my partner. I couldn't wrap my mind around how to be a mother and be someone who enjoyed rough sex. I felt like I couldn't be a mother and also be a sexual creature, someone who was in tune with her desires. So I decided that I wouldn't limit myself to one or the other. I didn't want to choose who I was — mother or woman? — so instead, I chose both.

There's something about motherhood that has made me more in touch with my natural self. I've seen my body evolve multiple times. I've watched myself change from a girl to a woman through two pregnancies. I've become a mother.

And when I started talking to other mothers about owning my identity as both a sexual woman and a mother, their responses surprised me. I know I shouldn't have been surprised that other women were open and willing to explore sex and what it had to offer them, but I was. I know this comes from being conditioned to think that sex isn't necessarily for the woman's enjoyment, and that if a woman is enjoying it then she's a "slut." But I was still pleasantly surprised. It took time to learn this, but I decided I'd rather be a slut than a woman who is suppressed. I decided that I was going to use my body and I would enjoy doing so.

After separating from my husband, I dove head first into having sex with multiple people. I wanted to celebrate my body and what I desired. I wanted to decide what kind of sex I'd have and somehow in that process, I embraced my body even more. I saw myself as someone who was a sexual being, worthy of any and all the sex I wanted to have. I began to really stand in the place of being a mother but also being a woman who's had (and has) a lot of sex. Becoming a mother has only shown me how important it is to encourage self-exploration and appreciation. I've watched my children embrace every part of who they are, which has encouraged me to do the very same thing. I'm looking forward to them watching me live a life where I'm not hiding who I am at all. I want them to see and know that their mom is someone who lives proudly, because that's exactly what I want for them.

I've had friends ask me if I've had to sacrifice sex in order to be a mother and my response is always the same: Not at all. There's something about motherhood that has made me more in touch with my natural self. I've seen my body evolve multiple times. I've watched myself change from a girl to a woman through two pregnancies. I've become a mother. I've had my children praise and uplift my body's strength and tell me that they believe I am magic. I've lost a child with this body. I've survived death with this body. I have given and given and given again, even when I am certain I have nothing left. I'm sure I would've arrived at this place of self-love and acceptance even if I didn't become a parent, but I don't care to know what that journey would have looked like.

I am of the belief that we are all sexual creatures. As a mother who's very active in my own sexuality, I want this to be something my children witness. Not the act, of course, but I want them to see their mother being comfortable with her sexuality. I want them to see that who they are, sexually, is a part of their personalities. And that it's not something they should be ashamed of — ever. I'm aware that my children might not remember who they were when they were younger, but I hope they do. I hope I remind them enough, and I hope I thank them enough. For being who they are, for inspiring me. And I hope, when the time comes, they can live their lives out, however they see fit. Not according to anyones ideals except their own.