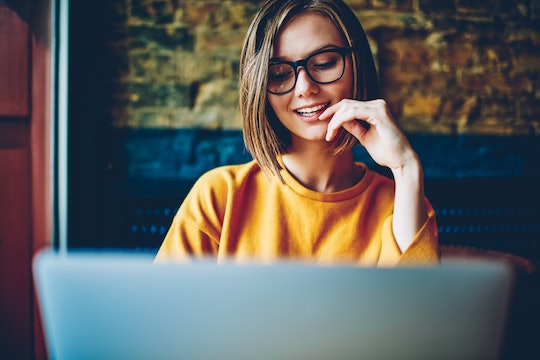 How Long Is Amazon Prime Day This Year? There's A Lot Of Time To Shop

Amazon Prime Day 2019 is nearly upon us a complete bonanza of online shopping insanity. You’ll have to be a Prime member (or get a free trial and ditch it, if you dare to risk angering the great and mighty Bezos). Or you could explore the deals that exist on the flip side of the Prime Day, the Nega-Prime Day, on which companies like eBay are craftily planning their own sales to counter Amazon’s, like two sphinxes staring into one another’s stoney gaze forever. No matter which path you take, you'll need to know how long Amazon Prime Day 2019 is so you can plan accordingly.

Prime Day 2019 is from July 15 at 12 a.m. PST, and lasts until the end of July 16, when the clock strikes exactly midnight. It is two days of utter e-commerce chaos, of incomprehensible deals or, well, merely comprehensible deals. According to CNET, sometimes the sale prices are deceptively less mind-blowing than they appear, so you have to cross check price changes to see if you’re actually getting a good deal. Personally, I have already set up my Prime Day 2019 bunker and am prepared to snatch deals from every possible source before they escape my grasp.

The more casual Prime Day novice may merely use notifications to watch the deals they’re interested in, but I scoff at this casual approach: I will be sessile at my computer for the entire two days. I’ll be equipped with ready-to-eat dehydrated meals and a giant hamster bottle to tend to my nutritional and hydration needs (that or I'll simply evolve to filter feed). And I’m in for a doozy: this is the longest Amazon Prime Day ever, going beyond the 36 hours of last year to a full 48 hours, which means I may need a few shots of adrenaline directly to the heart to get through it.

In order to make sure I'm getting the absolute best deals, I'll set up several computer monitors running regression analysis on Amazon price changes over the past several months, with a team of economists to help me interpret the data. That, or I'll install a price tracker app to my browser, like Honey, or for even more detailed tracking, the Camelizer. And is it going to far to have one computer at my hands, and one at my feet, to be able to double my deal-clicking output? Or should I merely go on a training regimen to increase my typing speed beyond that of light?

There's some pushback to Prime Day from competitors, such as eBay and Target as discussed before. But there are other companies also offering their own Nega-Prime Days. Walmart’s “Google Week” lasts through July 17th, and offers deals on Google smart home devices. Best Buy has an Apple products sale event, and Target’s “Deals Days” overlaps Prime Day completely. I’m not sure where the Prime Day sales arms race will end, if we’ll eventually end up with year-long sales, or counter-sales to the counter-sales. All I know is I’ve catheterized-up and I’m prepared to be completely smothered by deals over the two day period.