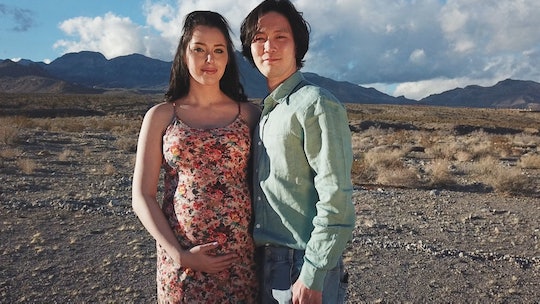 '90 Day Fiance: The Other Way' is The Spin-Off You Were Looking For, Confirmed

As of right now, there is no formal announcement in regards to the episode count of The Other Way Season 1. That being said, it's possible that the new spin-off series will range between 6-14 episodes. The first seasons of TLC's latest shows like Sweet Home Sextuplets and Dr. Pimple Popper received six episodes and seven episodes, respectively.

However, it's also likely that The Other Way will follow the precedent of previous descendants of the flagship series. When Happily Ever After? made its TLC debut, the show premiered with 12 episodes. Now in its fourth season, the 90 Day spin-off is still going strong at 12 episodes per season. Meanwhile, 90 Day Fiancé: Before the 90 Day opened with 14 episodes and ended its second season with an episode count of 11.

Of course, this is all speculation until TLC confirms the episode count for The Other Way. But for the time being, fans will just have to watch the new series and see what happens.

When the Discovery-owned network announced The Other Way, TLC revealed that the new series would flip the original narrative by focusing on six couples — including Before the 90 Days alum, Paul and Karine — who want to move out of the U.S. for the people they love. According to a press release courtesy of TLC, the reality show will display the many challenges that come with relocating internationally, major culture shocks, foreign in-laws, and of course, getting married.

“As part of our ever-growing, ever-popular 90 Day Fiancé franchise, this new series ups the ante with all the drama, emotions and fish-out-of-water feelings our passionate 90 Day fans crave,” President and General Manager of TLC, Howard Lee, said. “90 Day Fiancé: The Other Way is an exciting moment for TLC; strengthening and expanding the franchise that has captured the fascination of viewers across America into its second night of premieres each week and in a whole new way!”

According to Deadline, the 90 Day spin-off came together after executives discovered a pattern during casting for the flagship series.

"We noticed in the casting process there were Americans who said I’m going to forego my lifestyle, my family, my culture, my country to be with this person," said Matt Sharp, series Executive Producer and CEO of Sharp Entertainment. "There have been little bits of this in other shows.”

Sharp also explained that the 90 Day team doesn't try to make inorganic couples for the sake of the show.

“We don’t put people together. Everyone we feature on the show, they found themselves organically," Sharp said.

With The Other Way, TLC is putting a new twist on an old tale. The new reality series will still feature authentic couples who are willing to risking it all to be with their partner. But this time, the 90 Day franchise is taking viewers overseas and fans will have a whole new world to unpack.