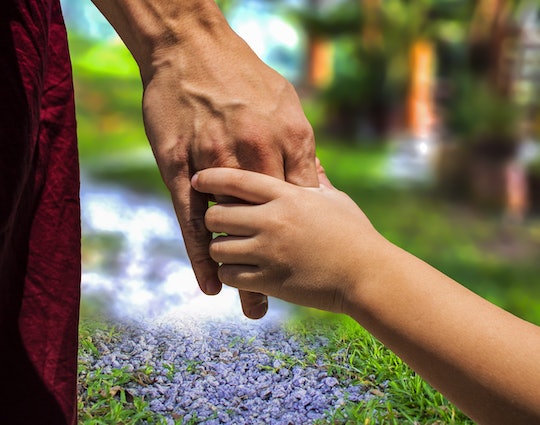 What The AHCA Means For Disability Care

In many ways, people with disabilities are among the most vulnerable and simultaneously resilient communities in the United States. Now, the Republican-backed health care legislation that the House of Representatives voted to approve last week will both exploit those challenges and test their undeniable strength. The American Health Care Act (AHCA) could prove catastrophic for this population if it were to become law, as it threatens to make care unaffordable for many people with so-called "pre-existing conditions" and proposes drastic cuts to Medicaid. As the bill heads to the Senate for an as-yet unscheduled vote, it's important for lawmakers to consider how much special needs care would cost under the AHCA — and how that will affect people's overall health, independence, education, and more.

Ever since Republican leadership introduced this iteration of AHCA, progressives have blasted it as a callous piece of legislation more intended to cut taxes on the rich than to ensure Americans have access to health care. And amid the outrage over the such hideous facts of the bill (like that it would permit insurance companies to charge rape survivors more for coverage), the full reality of what this effort to alleviate taxes on the wealthy could mean for people with disabilities, of all ages and backgrounds, set in. And — as is the case for many women — the onslaught comes from multiple angles.

First, the AHCA would allow states to opt out of the popular provision of the Affordable Care Act, or ACA (the nation's current health care law), that prohibits insurers from charging people with pre-existing conditions higher premiums. Of course, "disability" is an incredibly broad term that encompasses an incredibly diverse range of conditions. For example, autism, depression, and bipolar disease all fall under this umbrella. And the premium surcharges that insurance companies could impose under the AHCA are steep: According to a report from the Center for American progress, it could cost an additional $5,510 to purchase a plan for a person with autism spectrum disorder; Seizure disorders and convulsions could cost an extra $7,300 annually.

In an apparent attempt to mitigate the inevitable, the AHCA would allow for states that go this route to set up high-risk pools to assist people who otherwise would not be able to afford their insurance. This method is notoriously problematic, though, as the pools frequently impose long wait periods, provide insufficient coverage, and sport oftentimes exorbitant premiums, according to the ACLU. In fact, the AARP recently predicted that high-risk pool premiums for people with disabilities could reach as high as $25,700 each year.

In addition to the serious premium spikes that the obliteration of the ACA's pre-existing condition could bring for people with special needs, a drastic slash to Medicaid would imperil their quality of life. The whole point of the federal Medicaid program is to make sure that people with low incomes and those with disabilities have health care, but the GOP intends to pull a mind-boggling $880 billion from it over 10 years with AHCA. According to The New York Times, the passage of AHCA in its current form would affect Medicaid money that for three decades has helped public schools afford everything from physical therapists to feeding tubes to the salaries of health care professionals who work with special education students.

Taken together, these elements of the AHCA paint a stark picture of what life under it could look like for people with disabilities. The Arc, an organization that advocates for people with intellectual and developmental disabilities, spelled it out in its response to the bill's passing the House last week:

If signed into law as currently written, this bill will result in people with disabilities and their family members losing health coverage in the private insurance market and in Medicaid. Coverage also becomes unaffordable as people with pre-existing conditions lose protections against higher premiums. Those lucky enough to retain their coverage will find that some of the services they need – Essential Health Benefits – are no longer available. And Medicaid funded long term supports and services, which help people live independently and be included in their communities, will be even scarcer as waiting lists for services will grow all across the country. Some may end up living in nursing homes and institutions because community services are no longer available.

In order to show how important the ACA's ban on discrimination against people with pre-existing conditions is, The Arc featured the family of a toddler named Calvin, who has bilateral fronto-parietal polymicrogyria and cerebral palsy, in a short video. In it, Calvin's mother shares that the boy receives a slew of therapies and treatments, and even an assistive technology iPad that allows him to speak through his ACA insurance. Without insurance, the family would have to pay about $1,000 per month to help Calvin meet his needs — which is almost as much as their mortgage and a cost that would be unattainable.

That's because an extra $1,000 per month is absurdly expensive for the average family. But such out-of-pocket costs to ensure a good quality of life for people with disabilities could become the norm under AHCA.