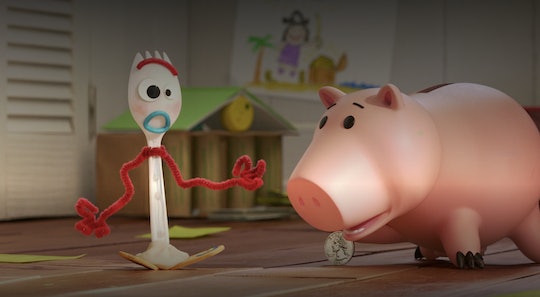 Hold. The. Phone. You Can Actually Snag A Full Year Of Disney+ For FREE

Disney+ finally and officially launched on Nov. 12 and if you have any friends like mine, your feeds are full of the content that non-subscribers are missing. In the face of so many streaming platforms, the cost of subscribing to yet another service may have you debating shelling out the monthly fee. But I have some good news: There are a few ways you can get Disney+ for free, temporarily, or discounted if you're looking to watch all of the amazing content without breaking the bank.

Considering the amount of content available on Disney+ — including nostalgia-inducing throwbacks like Disney Channel Original Movies, all the Marvel and Star Wars movies your nerd heart could hope for, animated movies, and series galore — the normal cost of $6.99 per month or $69.99 per year is arguably not too pricey. But added on top of other bills and financial obligations, every little bit counts. And as it turns out, Verizon is offering a year of Disney+ for free, though you must meet certain requirements.

For those existing Verizon Unlimited customers who have already signed up for Disney+ at cost, it's not too late to get your free year subscription, as Observer reported. Your paid subscription will essentially be paused while you enjoy the free year and resume once it's over. The other option for redeeming a free year of Disney+, if you're not interested in an Unlimited phone plan, is to sign up for a new Fios or 5G Home internet plan. However, only new customers are eligible for the Disney+ benefit in this case.

But what about those people who don't — and don't plan to — have Verizon? No other companies have announced free subscriptions to the streaming service, but there is a bundle deal with Hulu and ESPN+ that might appeal to you. The Disney+ bundle includes Disney+ (which is usually $6.99 a month), Hulu (usually $5.99 with ads) and ESPN+ (usually $4.99) all for $12.99, which adds up to a savings of about $5.99 per month.

There are limitations on the bundle, though, that are worth considering. The version of Hulu included in the bundle is Hulu with ads and it doesn't appear that you can opt out of them for a higher price at the moment. Additionally, this limited version of Hulu can only be used on one device at a time, as opposed to the norm of being able to stream separate videos on two devices at once. The same goes for ESPN+, it can only be viewed on two devices at once, as opposed to the three that are available when you subscribe to ESPN+ on its own.

Disney+ boasts seemingly endless content, as exemplified by the massive Twitter thread the company released listing content to appear on the service. The new streaming service includes Walt Disney animated classics, the numerous Star Wars films, Disney Channel Original Movies, Marvel Studios movies, and even more exclusive content from Fox and Lucasfilm. Chances are, there's something for everyone in the family.

You can also try out Disney+ for free for seven days by signing up for the free trial. Just note that after those seven days, your credit card will be charged unless you cancel.

So with all that said, if you're a Verizon customer, you could snag a free year of Disney+. And if you're into the bundle option, you can simultaneously stream Disney+, Hulu, and ESPN+ all at once. Who knows, this could just possibly be the solution to the never-ending fight over the remote.