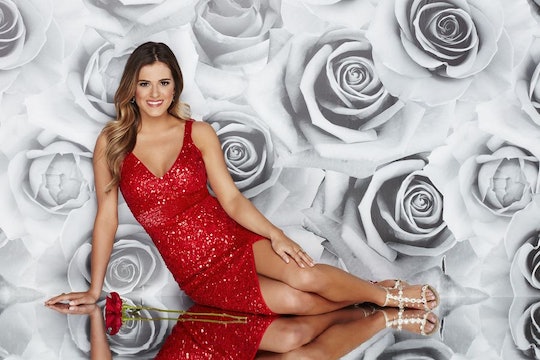 How To Stream 'The Bachelorette' Premiere, Because You Can't Miss JoJo's Journey

With the end of traditional fall and spring TV, comes the summer of reality, and of course that means preparing yourself for another installment of The Bachelorette. If you're not of the TV owning variety though or prefer to get all of your hot mess reality entertainment via streaming services, you're probably wondering how to stream The Bachelorette premiere. And if shows like The Bachelor and its counterpart The Bachelorette have taught us anything (besides what not to do on a first date), it's that missing the premiere episode just isn't the way to go. Sure, you can re-watch it later, after the fact, but nothing beats watching The Bachelorette premiere in its entirety. All two hours of it.

If you have access to one of ABC's affiliate providers, then you can stream the premiere on ABC.com or the WATCH ABC app, available on either the iTunes or Android market. Both of these options will allow you to watch live, as it happens, so you won't miss one second of JoJo's journey of love. If you're lucky enough to have Hulu, or you know, your sister's login information to said streaming service, then you can watch The Bachelorette premiere there the day after. Then there is the option of buying an episode of the show on iTunes, which OK isn't exactly ideal, but it also affords you the ability to watch without those pesky commercials interrupting all of the most dramatic moments.

Basically, you have no excuse not to tune in to the premiere of The Bachelorette Monday night, and with so much to look forward to in just the premiere, you really shouldn't be skipping out on it anyway. Obviously there is going to be a slew of handsome men who look like they are on their way to a GQ photo shoot, but also the weirdos sprinkled in there to keep things interesting. You know the drill.

If you notice on the first Bachelorette group photo, there are plenty of the requite suited guys with perfectly coiffed hair and all that, but then there's the familiar bearded guy in the big ole red suit that is far from perfectly tailored. Contestant Nick B. shows up to the first meeting with JoJo decked out in total Santa Claus gear. The purpose is probably just to stand out, which is admirable seeing as how none of his cute is getting to shine through that awful costume, but it did warrant JoJo perching atop his knee and he'll definitely be remembered.

The Guy On The Unicorn

To be fair, the unicorn is more like a horse made to look like the mythical creature, but still. Kudos to the guy for playing on JoJo's own unicorn love that she displayed when wearing that terrifying mask when she competed on The Bachelor. Maybe that was her own way of standing out, which did get her to he very final episode of the last season of The Bachelor, so there's definitely something to be said for trying anything to stand out. Granted, she didn't keep on her unicorn mask for too long, but quirky loves quirk, right?

Another notable contestant this season on The Bachelorette is Jordan Rodgers, the brother of Green Bay Packers' Aaron Rodgers and a football player himself. He previously played with the Jacksonville Jaguars, the Miami Dolphins, and the Tampa Bay Buccaneers. So, not too shabby JoJo.

The Guy In The Kilt

Instead of going the traditional route of a nice dark gray fitted suit, Jon Hamilton shows up on the premiere of The Bachelorette in a kilt, of all things. Surprisingly, though, it kind of works for the guy and definitely works in making him stand out on a night when you sort of have to when showing up with 25 other guys to meet the same woman.

Figuring out where to stream The Bachelorette season premiere is only half the battle, though, because you're looking at weeks of falling for these guys that invariably get booted off. Don't worry too much, though, something tells me that JoJo won't be too hard on the guys.