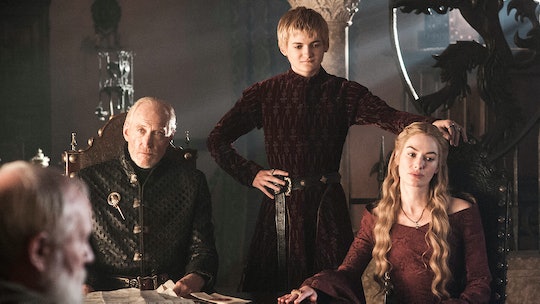 We would all be lying to ourselves if we said that we didn't want our kids to identify with House Stark or Targaryen, so let's be real. If you're wondering which Game of Thrones house you belong in, or which one your kid would be in, you've got to consider the person in question from all angles. If your kid is super big on adventure, for example, and a natural leader, then you've got yourself a Targaryen. But if there is more compassion and levelheadedness in your kid already, then go ahead and assign them a dire wolf puppy already so they can party it up in Winterfell.

Of course, not every kid is good. You might have to accept the possibility that your intelligent-but-calculating terror of a child could belong in House Lannister. A Lannister might "always pay his debts," but sometimes that can mean impulsive pettiness (wait, isn't that all kids?). In the same way, those in House Baratheon aren't ones to f*ck with either. If your kid is a temperamental one, quick to jump a those who appear to threaten them in even the slightest way, then they'd better get used to the battles that the Baratheons are known for.

I could also tell you how your slightly vindictive, way-too-smart kid would totally be of House Martell, or how your tough-as-iron (get it?) little is from House Greyjoy all the way (get it?), but since there are, like, nine main noble houses and several under them, then let's just focus on four of the major Game of Thrones houses, one of which your kid totally belongs in.