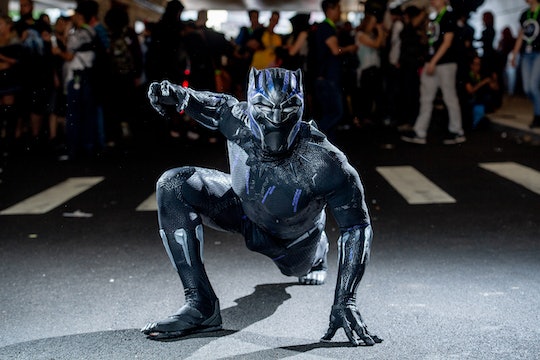 Today after school, the subject of Halloween costumes came up with my kids for, well, the hundredth time. We had previously decided to do a family costume (fruit salad), but my kids had changed their minds. As they went around the room sharing their costume ideas, my 8-year-old son said excitedly, "I'm going as Black Panther." His assertion completely caught me off guard. I immediately said no and he immediately asked why and, well, you can bet a conversation ensued.

Honestly, the idea of letting my kid dress like Black Panther made me uncomfortable for a variety of what I believe to be extremely valid reasons. I don't think it's appropriate for my white children to dress up as main characters T’Challa and Shuri, or the members of Dora Milaje — the badass women special forces of Wakanda. It's not that I don't like the movie Black Panther, because I really do. But because we're a white family I know that Black Panther does not exist for us. Instead, I believe it exists for black kids who deserve to have heroes who look like them; something white people have long enjoyed and have taken for granted.

My white kids have literally thousands of white superheroes to choose from, and for Black Panther race is not just part of a backstory: it is the backstory. In that story, our ancestors (white Europeans) are literally the enemy. So would letting my white son dress as Black Panther help promote the franchise and the message that colonialism is wrong? Or would it dilute what makes the story and comic so meaningful to the Black community? Those were questions I had to answer after my son made his costume choice this year; questions that, I believe, are worth asking. 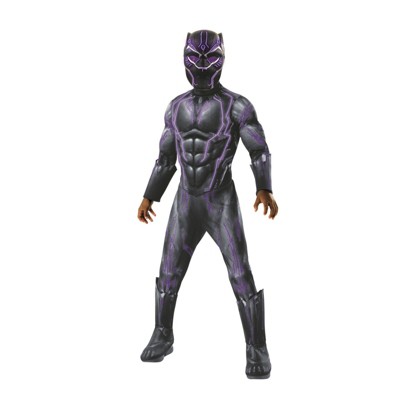 When I asked my husband to give me his thoughts on the matter, he said he believed I was overthinking things. He felt like our son's interests in Black Panther were both innocent and encouraging, and not something to be politicized. It's not that we shouldn't be thoughtful about our kids' choices of Halloween costumes, because we should, and it would've been a totally different conversation if our son wanted to go in blackface or wear a traditional native costume. But to my husband, in his opinion, our sweet kid wanting to wear a Black Panther costume wasn't cultural appropriation or racially insensitive. He didn't see anything wrong with it.

White people have been borrowing (and outright stealing) the costumes, music, food, ideas, religious traditions, and innovations of other cultures since the beginning of recorded history.

I wasn't so sure, though, so we ended up having a rather awkward family conversation about race, the colonization of Africa, representation in the media, and the marginalization of people of color. Those topics can be difficult to discuss, and I realize that I'm privileged to get to decide when to have these types of conversations with my kids. But I think, as parents, we have to start somewhere, and our "where" this year was in the middle of Halloween planning. So be it.

In the end, and after we discussed the aforementioned at length, I told my son I needed to think about it. And I did, long and hard. I knew I needed to consider more than just my kid's desire to dress up as a specific superhero for Halloween. No, I needed to consider the thoughts of the people who might be hurt by what seemed like an innocent Halloween costume choice.

A February 2018 article in The New York Times explores various sides of the issue, and it's clear that the debate about white kids dressing as Black Panther is far from black and white. For some, it's yet another example of cultural appropriation. White people have been borrowing (and outright stealing) the costumes, music, food, ideas, religious traditions, and innovations of other cultures since the beginning of recorded history.

My white kids are over-represented in the media, have virtually endless options to choose from, and, honestly, can probably benefit from hearing the word, "no" once in a while.

This is not to say that choosing to wear the costumes or clothing of other cultures is always wrong. As Jarune Uwujaren at Everyday Feminism explains:

Even people involved in the Black Panther franchise are divided on the subject. As Sterling K. Brown, who played N'Jobu in the film, told People, "[I] can’t wait to see little white kids dressing up as Black Panther." However, as Black Panther comic writer Evan Narcisse told The New York Times, it's complicated: “Trying to explain what is special about T’Challa and Wakanda without racism. And it’s like, ‘Can’t do it.’ I couldn’t do it.”

On Facebook, Black mom and activist Roxanne Bogalis provided a handy guide for white people for selecting Black Panther costumes. In her opinion the Black Panther suit is OK, the tribal and ceremonial garb they wear in Wakanda is off limits, however, since it is based on the historical and cultural attire of real African people.

As a result of my research, I found myself second-guessing my initial decision to say no, but was still cautious about letting my kid dress like Black Panther. On one hand I actually want my kids to love Black Panther because it allows them to see black superheroes do some seriously badass things. On the other though, I realize that my white son dressing as a Wakanda warrior might be considered problematic or even hurt people of color.

In the end, I decided that I was not OK with my son choosing to be Black Panther for Halloween. You might disagree with me and that's OK. I mean, for the record, my husband does. But I think it's time to let kids in the Black community have something wonderful to themselves. My white kids are over-represented in the media, have virtually endless options to choose from, and, honestly, can probably benefit from hearing the word, "no" once in a while. Maybe, in a future where there are more black superheroes, I might feel differently, but for now my answer stands.

And after all of my worries and careful consideration, my son changed his mind again about his Halloween costume. Now wants to be Yoshi from Mario, and I'm totally OK with that choice.