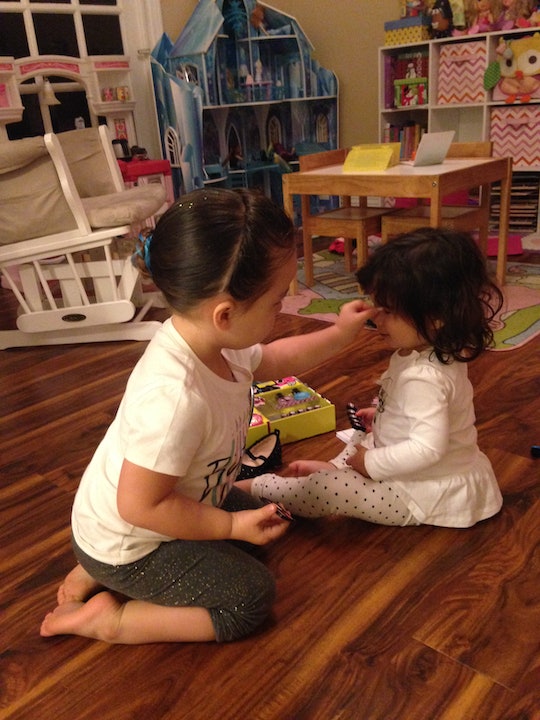 I Tried the Ferber Method, & It (Kinda) Worked

Like most new moms, I was not expecting to get a ton of sleep during the first few months of my daughter's life. That's why I started researching “when do babies sleep through the night,” “sleep training for infants,” and “how to sleep train” about one week after bringing my daughter home from the hospital.

After my husband and I did some research, we eventually settled on the Ferber method, a technique that teaches a baby how to self-soothe. Basically, the Ferber method involves parents putting the baby to bed while she's drowsy and leaving the room, only to return to comfort the baby every few minutes instead of running back to pick up the baby at first cry.

Because we were not terribly excited about the co-sleeping or no-cry solutions that popped up during Google searches, my husband and I decided the Ferber method sounded most appealing to us. Although the method has been labeled controversial by many critics (including some who accuse the method of actually being dangerous and causing anxiety issues for young children), it had worked well for our friends who had kids, and as new parents we were pretty much willing to try anything.

We decided to start “Ferberizing” our daughter at 3 ½ months because according to pediatrician Richard Ferber, a pediatrician and the creator of the method, a baby is physically and emotionally ready to soothe herself to sleep when they're between 3 and 5 months old. And while using the Ferber method to sleep-train my first daughter was relatively successful and painless, with my second that was not the case. "Ferberizing" worked well for one of my kids — but not the other.

When it came to sleep-training our first daughter, my husband (thankfully) took the reins. The first step was to establish a nighttime routine, which for us consisted of a bath, swaddling, and a light nursing session. Then he laid her into her crib still semi-awake and comforted the baby after a predetermined period of time, per Ferber's instructions. The key to the method, and the hardest part for any parent, is letting the baby cry it out for a predetermined period of time (for instance, one to three minutes the first few times you do it), before coming into the room to comfort the baby.

My husband and I were so relieved. We thought this new routine was amazing.

Luckily, my husband did the hard part and sat outside our daughter’s room while she cried it out. Then he'd go into her room and pat her bottom or rub her back, shushing her until she calmed down. Then he’d sneak back out of the room, sit outside the open door and go back in to soothe her again.

From what I'd read on mommy blogs and parenting websites, the Ferber method sometimes helped to sleep train babies in a matter of days, and several weeks for others. It took a total of five days for my husband to sleep-train my daughter – five days! That meant we had at least two hours each night to watch a movie together or catch up on chores or go to bed early. My husband and I were so relieved. We thought this new routine was amazing.

A few years later, however, we tried to sleep-train my second daughter, which was complete hell. We started to train her at 3 ½ months and hoped she would follow in her sister’s footsteps. The first night was horrible. After the usual nighttime routine — bath time, swaddling and a light feeding —, my husband put her in the crib and sat outside her room. He wasn’t outside the door for three minutes before our daughter started crying. He tried going in to comfort her every few minutes, the same way he did with our oldest daughter, but it didn't work. We quickly discovered that unlike our first daughter, our youngest had a temper that wasn't conducive to the Ferber method. She also hated the swaddle with a passion, squirming and wiggling and kicking and throwing her arms around until all of her limbs were out.

After 30 minutes of trying the Ferber Method that first night, my husband brought her to me so I could nurse her and co-sleep with her. By the third night, we were willing to try anything. We tried to get her to take a pacifier in the hopes that she would think she was nursing. We tried playing soothing sounds using the Cloud b Sleep Sheep, a sound machine that plays four different soundtracks that are meant to soothe a baby. We also used a heavier blanket on her from the waist down to give the baby the feeling of being snuggled and swaddled.

My daughter still cried until my husband went in to her room to rub her back and shush her. Then she'd immediately start crying again, and continue crying until he came back in the door. Nothing worked.

But none of this worked. My daughter still cried until my husband went in to her room to rub her back and shush her. Then she'd immediately start crying again, and continue crying until he came back in the door. Nothing worked. Eventually, the sleep training started affecting my toddler’s sleep schedule, so we gave up on it entirely.

I co-slept with my daughter for close to seven months before we were able to successfully train her to sleep in her crib. By that time, we had moved into a larger home so my girls had their own rooms, which made it easier for our oldest daughter to sleep while my husband tried Ferberizing the youngest daughter once again. Even now at the age of 2, my daughter still has nights where she ends up sleeping in our bed.

I’m glad the Ferber method worked for our first daughter, because it allowed me and my husband to get some much-needed alone time during those hectic first few months of parenthood. Although the Ferber method did not fully sleep train my second daughter the first time around, the technique taught her how to cry-it-out and self-soothe eventually — it just took much longer than I'd initially expected.

Despite the controversy surrounding the Ferber method, I still believe that it largely works, but its effectiveness clearly varies depending on the personality of the child. If I had a third baby, I'd try it again, but I wouldn't assume that it could be successfully done in five days, as it had the first time.