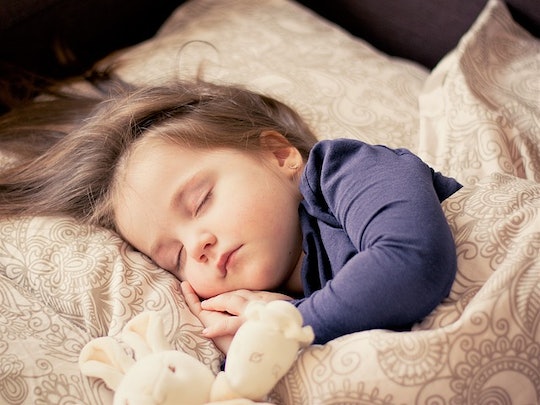 11 Things I Wish I Knew When I Started Co-Sleeping

It's amazing to think that, before I had children, I didn't even contemplate co-sleeping. I know there are lots of families that plan to co-sleep, but we were not one of them, and because it wasn't part of my initial parenting plan there are so many things I wish I knew when I started co-sleeping with my kids. None of my close friends had done it, at least in any formal way, and we even had a crib ready for when my daughter graduated out of the bassinet next to our bed.

Like many parents who end up unintentionally co-sleeping with their kids, I had a baby who just wouldn't stop crying when I put her in the crib. She had been perfectly happy to sleep in her bassinet for five months, but when we transitioned her to a larger crib she would cry until she threw up her recent meal of breast milk. This was unacceptable, especially since I had a child who was at the bottom of the growth curve, literally in the first-to-third percentile for weight. So, she ended up in our bed.

I swore up and down that when I became pregnant with my second child, he would not end up in our bed as well. After a scratched cornea, impacted sleep, and a rather clingy daughter, I wanted to try things the other way with kid number two. Again, we lasted about five months, until he became very sick with bronchiolitis and couldn't breathe well unless he was at a specific angle on his chest, so he slept on top of me. I transitioned him back into his crib when he got better and then he got bronchiolitis again and, well, guess where he still sleeps now, more than a year later?

We are working on transitioning the kids to sleeping on their own. It hasn't been all bad but hasn't been super easy, and I still can't say whether I'd have done things differently if I knew then what I know now. Either way, I do have some wisdom to pass along to anyone else at the cusp of entering a co-sleeping scenario, so it wasn't all for nothing, right?

More Like This
Here's When Your Baby Might Start Sleeping Through The Night For Real
Baby Not Napping At Day Care? These Reasons May Be Why
These 4 Sleeping Positions Will Keep You Comfortable After A C-Section
From Captions To Gifts, These Are All The Kindergarten Graduation Ideas You Need