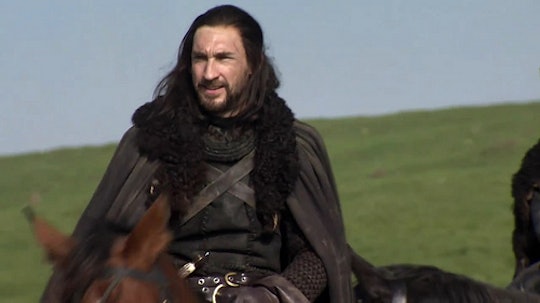 Is Benjen Immortal On 'Game Of Thrones'? He's Not Quite A White Walker

By now on Game of Thrones, we've seen plenty of the White Walkers and the wights themselves. For those out of the loop, wights are the reanimated corpses that weren't burned and the White Walkers themselves are those badass riders who are all BFF with the Night King. In Sunday's episode of Game of Thrones, we were introduced to something else entirely in Benjen Stark. That being said, is Benjen immortal on Game of Thrones? We know that the White Walkers and even the army of wights are nearly indestructible, except for fire and dragonglass, so they're pretty much immortal until someone uses either of those to kill them. If Benjen is some sort of human-White Walker hybrid, then he has to be immortal, too. Except with none of that evil baggage. Hopefully.

It's hard to figure out what Benjen is exactly, since, as he said, he was on the brink of becoming a wight, but then the Children of the Forest stepped in and stabbed him with their handy dragonglass blade to stop him from turning completely. But, since this is the same thing they used to make White Walkers in the first place, then it must have the opposite effect if you're not a human, not yet a White Walker. Basically, dragonglass is to the Children of the Forest what Windex is to the little old Greek dad in My Big Fat Greek Wedding. It is their magical cure-all.

So, if Benjen Stark is immortal and still human enough to retain his human memories, what does that make him? He's survived north of the Wall for years now, alone and living on rabbits and their blood apparently, in order to stay warm. But being a Stark, he also has some knowledge about the Three-Eyed Raven and what Bran's future holds. He told Bran himself that now that he is the Three-Eyed Raven, he is meant to go to the Wall and be there when the Night King arrives to be ready for him. Does this mean Benjen will go too, or was he merely meant as a plot furthering device and a way to ensure the safety of Meera and Bran now that (I'm gonna say it, I have to) Hodor is gone?

What we do know about Benjen so far is that he is something we've never seen, a wight-human hybrid mix who has been able to hold his own this long in the north that he must have some sort of immortality. Or, at least, a longer shelf life than most humans, being that part of his humanity is definitely gone. At the very least, Benjen proved that Bran is going to play a huge role when the White Walkers get to the Wall. Which they will.