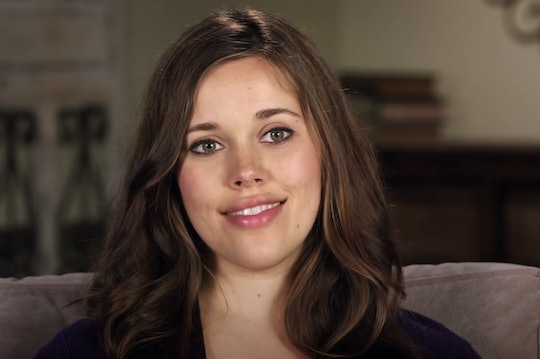 Like families across the country, the stars of TLC's Counting On have also struggled with navigating the coronavirus pandemic. For instance, in a special episode of the reality show, Jessa Duggar admitted she's done a "bit of panic buying" during quarantine when she realized how quickly the grocery stores were emptying out.

The "Duggars In Quarantine" special focused on how the adult Duggar siblings have been spending their time at home while practicing social distancing. As for Jessa, she and her husband Ben Seewald talked about how hard it has been to keep their home stocked with groceries for their three kids: 4-year-old son Spurgeon; 3-year-old son Henry; and 1-year-old daughter, Ivy. "It's been a tough season in some ways," Ben says in the episode.

For the special, Jessa documented a trip to their local Walmart, where she found the store was sold out of basics like cleaning products and canned beans. "I've never seen anything like this," she says.

The mom of three was able to come away with diapers, wipes, multiple loaves of bread, two packs of eggs, and some large jars of pickles, among other items. But she did admit that she might have been feeding into the chaos at the grocery store. "Yeah, we might have done some panic buying, I think," she tells Ben during the special. "I was glad to find everything we needed and probably a little extra — I got some ice cream, too."

Of course, panic buying is a privilege that not many families can afford and empty grocery store shelves quickly became an issue during the early months of the pandemic.

In the same Counting On special, Jessa's parents, Jim Bob and Michelle Duggar who are still raising 11 kids in their home, admitted that it has been hard to keep their pantry stocked. "I'm finding that I have to order every three days, and you can't always get your order in, so we just are doing without certain things and trying to make it work."

Jessa's older brother, John David Duggar, found an alternative to panic buying ad frequent trips to the store. During the special, he revealed that he is growing his own vegetables with his wife Abbie so they don't have to rely on the grocery store as much. "The little we've gone to the grocery store, we've noticed there's a shortage in produce and some basic supplies," he says in the special. "If the grocery stores run out of produce, we'll have a little back-up plan."

"Too bad we can't grow our own toilet paper," Abbie jokes.

When Jessa's not making trips to the grocery store, she has been making the most of her time spent at home during the pandemic, spending time outdoors with her kids and uploading videos of her cooking to her YouTube channel.

You can follow along with the Duggars before the pandemic when new episodes of Counting On air on TLC every Tuesday at 9 p.m. EST.