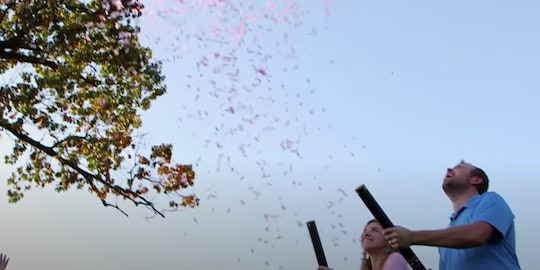 Shortly after Jinger Duggar revealed she'll soon be adding one more to her family's super-sized brood, TLC officially revealed when the new season of Counting On premieres. Season 11 of the popular TLC reality series will return with pregnancy announcements and more next month.

The newest season of Counting On will premiere on Tuesday, June 30 at 9 p.m. EST on TLC. Last season left off with John-David Duggar and his wife Abbie announcing their pregnancy to their family. The newest season will not only follow along with her pregnancy, but Lauren, Jinger, Joy-Anna, Kendra, and Anna Duggar's pregnancies will also be documented. "This is the most pregnancies we've ever had in one year," Jessa says in the trailer.

It's safe to say that family matriarch Michelle Duggar is very happy about her growing family. "I'm excited about the grandbabies that are coming," she says in the teaser.

The newest season will also focus on the Duggar siblings' bond and answer questions fans may have about Jana Duggar's relationship status.

Season 11 will also focus on some hardships as well. In addition to announcing her pregnancy, Jinger told People on Wednesday that she suffered a miscarriage last fall. According to People, Jinger's "emotional ups and downs" will be included in this upcoming season of Counting On. The teaser trailer shows Jinger announcing her pregnancy to her family with a pregnant gingerbread woman.

Fans might be a little confused by the timeline of this new season. Both Lauren and Kendra gave birth to their daughters in November 2019, and Abbie welcomed her daughter in January. Judging by the trailer, this season will cover the births of their daughters, but will also include some current events too, including the ongoing pandemic. In the trailer, the siblings can be seen sewing masks for the family members and keeping their distance once they deliver them. "We can't give them a hug, it's just different," Jana says.

Fans will get to see live through these moments when the new season of Counting On begins on June 30.