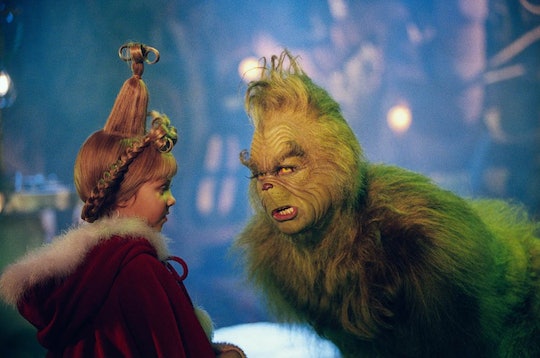 Only one day after Halloween, "Deck The Halls" blasted through the speakers of my local supermarket. The holidays are officially upon us, I thought, as I was reminded that 'tis the season to be jolly. For a lot of us, however, November and December aren't jolly at all. Some folks struggle with seasonal affective disorder as the days grow darker faster and the temperatures plummet. Others feel forced into visiting with extended relatives that they spend 11 months of the year actively avoiding. Perhaps the holiday season doesn't have to be synonymous with hanging out with toxic people, though. Perhaps it's OK to prioritize ourselves for a change.

'Tis the season for people-pleasing. But maybe it doesn't have to be.

Toxic human beings can come in all varieties and incarnations. Maybe your parent's face should appear alongside the definition of "Narcissistic Personality Disorder" in psych books. They constantly make you feel inadequate, treat you like a toddler even though you're 31, refuse to admit fault or wrongdoing, and gaslight you at every turn. Perhaps your sibling lives in a victim mentality: Everything and everyone is against them, including you because you once ate what you thought was their leftover brownie (they were actually saving for later). You could have a racist, sexist, or homophobic grandparent. Every other sentence leaving their mouth makes you cringe or feel personally targeted because of your own identity. Maybe your once-best-friend has eschewed alcohol and pot and condemns you for having so much as a sip of wine, especially "now that you're a parent."

But maybe it doesn't have to be. The holiday season is, in theory, supposed to be a beautiful thing. Carolers sing on the street as shops decorate their storefronts in rainbow tinsel. Menorahs shine brightly in some homes, while twinkle lights adorn the living rooms of others. Peppermint mochas are sold at Starbucks and indie cafes alike, and it's the only time of year that we're actively encouraged to enjoy eating everything around us. Sure, dieting advice runs rampant alongside the latter, but a little bit of practice will often help tune out that breed of BS.

So much about the holidays is meant to be celebratory. What might be more conducive to celebration is sharing it all with people who lift us up; with the friends and family members who empower us and make us feel like our best selves. With people who don't aggravate our anxiety or depression. With people who treat us like we are the best gift of all — even more impressive than that make-your-own-chocolate kit or the new iPhone X in their stocking.

Personally, I've long been acquainted with the idea that I can love someone, but not necessarily like them. An old therapist once told me that this feeling, in and of itself, was a sign of toxicity. I'd ended up surrounded by people who often made me feel sh*tty, but whom I couldn't help but feel loyal to regardless. He wasn't wrong, but cutting out every toxic person in my life in any kind of permanent way wasn't an option for me back then — and, to be honest, it still isn't now.

What I've learned to do is curate my time with the folks who might not be the best for my mental health. I've learned to create boundaries where I didn't used to have them. Sometimes this looks like having a conversation about what subjects make me uncomfortable, and what type of language is best avoided for the sake of my wellbeing. At other times, it looks like standing up for myself in the moment, even if doing so might cause a fight. I've learned that confrontation isn't always a bad thing — nor is anger.

Perhaps, if you're feeling bold, you can simply tell the toxic person(s) in your life that you need to do something different for yourself this year. You're focusing on self-care.

Very often, however, it involves limiting my time with particular people. This becomes especially important during the holidays. Despite all the beautiful sh*t going on at this time of year, the holiday season can be a time of high stress. Of solemn reflection. Of quiet desperation. As someone prone to anxiety, it becomes critical to avoid toxic situations in the weeks leading up to Christmas, the holiday my family and I celebrate.

And so, it also becomes critical to make plans that guarantee I won't have to be around anyone I don't want to see. Perhaps my partner, daughter, and I will decide to have a quiet Christmas, featuring no extended relatives of any kind. This way no one should feel personally targeted (although some toxic people, as we know, will always find a reason to feel targeted). Maybe we will be going on a short trip — we just won't be home to let people in. Maybe we just don't have the money to visit anyone who doesn't live nearby (this is usually true anyway). Perhaps, if you're feeling bold, you can simply tell the toxic person(s) in your life that you need to do something different for yourself this year. You're focusing on self-care.

The thing about self-care is that it's never actually selfish. Women, in particular, are often conditioned to believe the opposite. Everyone else's comfort is said to be our responsibility. We are the glue meant to hold families together, even if all the while we're breaking apart.

This holiday season, however, I'm refusing to break apart. If completely cutting out toxic people from your life isn't possible (I'm sure you have your reasons, as do I), you're absolutely entitled to make things easier for yourself. Make whatever excuse you need to in order to get out of that family or friend reunion, and call up the folks who fill you with warmth instead. At this time of year, especially, we can all make use of a little extra bundling.