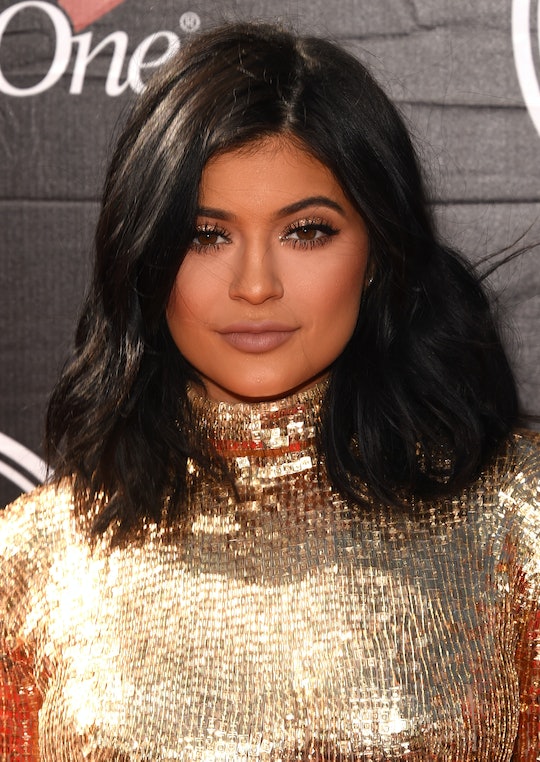 Kylie Jenner Is Reportedly Having A Girl, But These "Clues" Don't Match Up

There is so much going on in the land of the Kardashians and Jenners that it's hard to keep up these days. Especially now that both Khloé Kardashian and Kylie Jenner are reportedly having babies. And the latest news is that Kylie Jenner is reportedly having a baby girl, according to multiple insiders cited by Us Weekly. Romper's request for comment from Jenner's representatives about her reported pregnancy wasn't immediately returned.

However, before Thursday, fans had been keeping a very close eye on her social media accounts and had interpreted the "clues" within them to suggest she was expecting a boy. With this new information, though, who knows what's real or what's not? Well, there are a few things we can throw into the evidence pile.

First things first, Kylie's anonymous friends told Us Weekly, that she was "relieved" that news of her reported pregnancy with boyfriend Travis Scott was out there but that she wasn't ready to come out and talk about it personally just yet. Her anonymous friends added that she was prepping a nursery and buying things for a little girl. Other than that, they said, she was just focused on relaxing and keeping things "low key."

Since she reportedly also isn't into confirming or denying the news, fans have been going full on Sherlock Holmes trying to deduce what's what. And they think that the makeup mogul has been sending them hints about the sex of her reported baby along with clues that she's pregnant at all. But with the Kardashian and Jenner crew, one never knows what's real and what's just for fun.

First, There Was Blue Shirt

One could just assume that she was taking a selfie in an oversized blue shirt. Or you could assume that this color choice, along with an alleged bump hiding size, was a nod to the gender of her infant, like some fans did according to The Sun. Hey, she did add a blue emoji heart, too.

Then, There Was The Phone Cases

On her Snapchat, she posted a video choosing between her pink and blue phone cases. The question, in addition to the blue heart just screamed to people that she's reportedly having a boy, according to Refinery 29.

P.S. Though, She Uses That Case

A day later, she posted a selfie with the blue phone case which means that she actually was choosing one in her Snapchat. So...what does that mean?

Maybe she is hinting at the gender of her baby through traditional gendered color hints. But she, and her sisters, seem to be enjoying everyone's interest in these pregnancy rumors.

Along with Kylie, Khloé is reportedly pregnant with her first child with Tristan Thompson, and Kim Kardashian has confirmed she's expecting her third child, reportedly via surrogate. So of course, just around when Kylie was teasing her followers with pink and blue phone cases, she also added this to her Snapchat video.

Buns In The Oven

Get it? Three buns in the oven? Seriously, these women are just messing with all of us at this point.

And The "Baby" Lyric

This is a lyric from a song called "Nothing's Gonna Hurt You Baby" by the band Cigarettes and Sex. So she could just be jamming to it, but given that caption, fans are right to assume that she's hinting at confirming the news that she's pregnant at least.

Or all of the social media hints, like buns in the oven, blue phone cases, and emoji hearts, are just more ways that the family is toying with their fans who can't wait to know the truth. At this point, the only person anyone should trust maybe is mama Kris Jenner who initially laughed off reporters from The Cut trying to confirm the news of her two daughters' alleged pregnancies (let alone their gender reveals).

Kris said back in September, "She's not confirmed anything. I think it's kind of wild that everyone is assuming that that's just happening." What if they're all just playing with us?