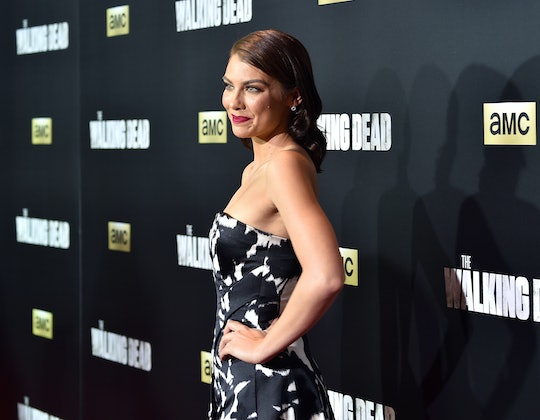 As if fans of The Walking Dead weren’t already panicked about the fate of their favorite characters, we now have something new to worry about: Lauren Cohan has cut her hair into a pixie, leaving us wondering what that could possibly mean for her character, Maggie. We only just got over our last Walking Dead death-scare (SPOILERS from here on out, if you’re not caught up on the show), and losing Maggie would be extra-tragic because we just got her husband, Glenn back. Oh, and let’s not forget that Maggie is pregnant.

Now, let’s remember that sometimes a haircut is just a haircut. We were all bugging out a year ago when Andrew Lincoln shaved off Rick’s signature beard, only to learn that Rick actually shaved on the show, once he was welcomed into the Alexandria community. Maybe Maggie’s going to ask Jessie to give her a new look? And some fans have been quick to point out that Maggie and Glenn did get his-and-hers haircuts in the comic books, so maybe this is just another instance where the show is following the original material more closely… Which may also be a bad thing. We already know that Jeffrey Dean Morgan is joining the show as Negan, and guess what Negan did in the books? Killed Glenn.

Somebody hold me, please. I’m not ready to say goodbye to Maggie or Glenn, and I don’t know how I’ll make it two whole months before the 2016 premiere.

I’ll just be over here on Twitter, freaking out with my fellow fans: