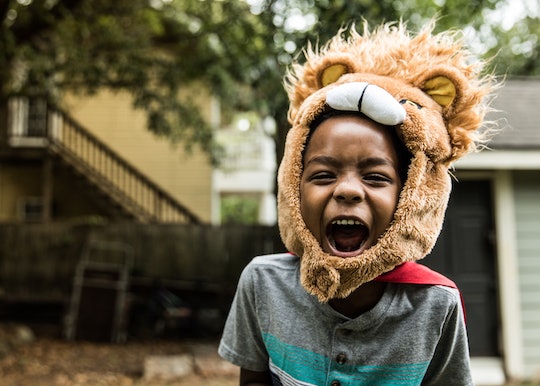 It's never too early or late to start thinking about picking a Halloween costume, and your kids have probably already been talking about it for weeks. The hottest outfits are usually the ones based on recent hit movies, which means that The Lion King Halloween costumes will be flying off the shelves in stores and online warehouses in the days leading up to October 31.

Hard to believe, but the original Lion King was released in 1994, meaning that kids who watched Simba, Mufasa, Nala, and Scar when the movie first came out are now showing the DVD to their own children. Or maybe they took their kids to Disney's remake of the film, which featured the familiar plot and characters, but reimagined in lifelike CGI form. Personally, I prefer the first version (and so do my kids), but it's nice to know that new generations are still delighted by the story and music. Fans of all ages still rave about the Broadway version of The Lion King as well, because this story works equally well on stage and screen.

This assortment of Lion King costumes run the gamut from character masks to full-length suits, and most of them come in both adult and child versions (prices may vary according to size). Whether you're looking for a costume for just the kids or outfitting the whole family, you're sure to be the pride (get it?) of the neighborhood on Halloween.

More Like This
Fun, Sexy Maternity Lingerie, For When The Mood Strikes
Here's What Pregnant People Actually Want For Valentine's Day
This Is What New Moms Really Want This Valentine's Day
25 Sweetest Valentine’s Day Books For Kids Of All Ages
What Parents Are Talking About — Delivered Straight To Your Inbox

This article was originally published on Sep. 9, 2019