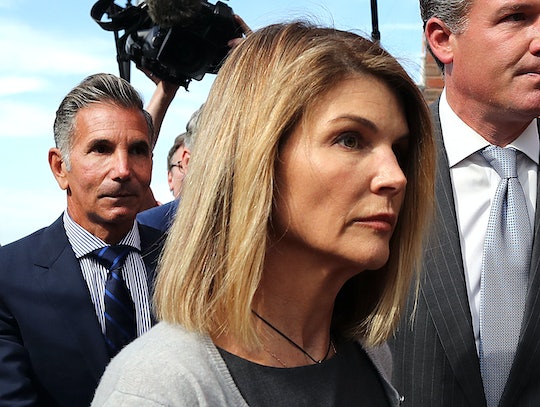 After more than a year since they were initially implicated, actress Lori Loughlin and her husband Mossimo Giannulli were sentenced in the college admissions scandal and both parents will be serving some prison time for their involvement in the scam.

On Friday, Judge Nathaniel Gorton accepted a plea deal arranged on behalf of the two parents by their defense attorneys and the prosecution. According to the statement from the district attorney's office, Giannulli will serve five months in prison as well as spending 250 hours of his time doing community service and paying $250,000 in fines. Meanwhile, Loughlin has been sentenced to serve two months in prison and pay a fine of $150,000.

Prosecuting attorney Andrew Lelling of Massachusetts explained in a memo, according to the Boston Globe, that Giannulli would get more prison time than Loughlin because he had "engaged more frequently with Singer, directed the bribe payments to USC and Singer, and personally confronted his daughter's high school counselor to prevent the scheme from being discovered, brazenly lying about his daughter's athletic abilities."

Singer had arranged for Olivia Jade and Isabella to pose with rowing machines in an effort to present themselves as potential rowing crew recruits for the university, according to the DA's statement.

According to USA Today, Giannulli issued his first public statement regarding the case via video for his sentencing on Friday. "I deeply regret the harm that my actions have caused my daughters, my wife and others," Giannulli told Judge Gorton. "I take full responsibility for my conduct. I'm ready to accept the consequences and move forward with the lessons I've learned from this experience."

Giannulli was given 90 days to surrender himself to the Bureaus of Prisons to begin his sentence, which will see him begin his jail time in November, according to Newsweek.

According to the Associated Press, when Loughlin was sentenced later on Friday to serve two months in prison, she told Judge Gorton through her attorney that she is "profoundly sorry" for her part in the college admission scandal.