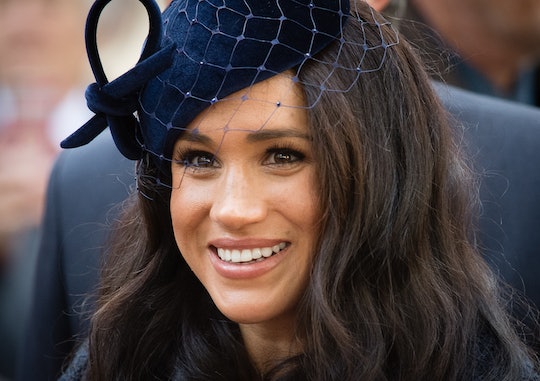 The Duchess of Sussex may have stepped back from her royal gig, but she certainly hasn't stopped using her huge platform to advocate for important issues. For instance, during a recent live stream event, Meghan Markle stressed why exactly women need to vote in the upcoming presidential election.

"When I think of voting and why this is so exceptionally important for all of us, I would frame it as, we vote to honor those who came before us and to protect those who will come after us," Markle said at When All Women Vote's Week of Action Couch Party. "Because that's what community is all about. And that's specifically what this election is all about."

Although the Duchess of Sussex never mentioned President Donald Trump by name or reveal who she would be voting for this November, she did say that there is a lot "at stake this year."

"We're only 75 days away from Election Day, and that is so very close and yet there's so much work to be done in that amount of time, because we all know what's at stake this year," Markle added.

Before she entered the royal family, Markle openly expressed her disdain for Trump. During a 2016 episode of The Nightly Show with Larry Wilmore, for instance, she joked that she would permanently move to Canada if Trump was elected, calling him "divisive."

"Think about just the female voters alone," she said in 2016. "I think it was 2012, the Republican Party lost the female vote by 12 points. That's a huge number and with as misogynistic as Trump is and so vocal about it, that's a huge chunk of it." When Trump was made aware of these comments in an interview with The Sun three years later, he launched one of his favorite insults for women at Markle. "I didn't know she was nasty," Trump said.

Now that she's living a more independent life in the United States, Markle will be able to openly vote in the 2020 presidential election and perhaps express her opinions about Trump once again. Typically, senior members of the royal family are not expected to voice their opinions on politics because of Queen Elizabeth II's impartial relationship to party politics, as TIME explained.

Markle, who has long been an advocate for women and has continued to speak out against racism, concluded her message to voters at the couch party event with an important takeaway. "... At this juncture, if we aren't part of the solution, we are a part of the problem," she said. "If you aren't going out there and voting, then you are complicit. If you're complacent, you're complicit."