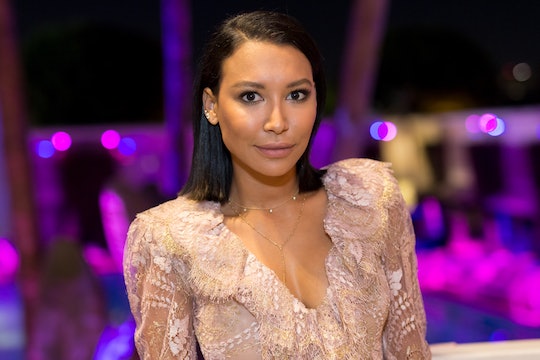 After receiving the heartbreaking news that her body had been found in Lake Piru, California earlier this week, Naya Rivera's family released a statement about their "sassy angel." The Glee actress was just 33 years old when she drowned last week, leaving behind her beloved 4-year-old son Josey and scores of fans across the country who are grieving alongside her family and friends right now.

"We are so grateful for the outpouring of love and prayers for Naya, Josey and our family over the past week," Rivera's family said in a statement shared with Deadline. "While we grieve the loss of our beautiful legend, we are blessed to honor her everlasting legacy and magnetic spirit. Naya was an amazing talent, but was an even greater person, mother, daughter and sister."

Rivera was first reported missing after a pontoon boat she rented with her son Josey on July 8 did not come back within the allotted time, CNN reported. According to CBS News, a 911 call was placed by an employee after a leasing agent found her boat at the north end of the lake. Her son Josey was asleep on the deck of the boat, but Rivera was nowhere to be found. After five days of searching, Rivera's body was discovered on July 13.

The Ventura County Medical Examiner's Office found her death to be accidental drowning, and the Ventura County Sheriff Bill Ayub speculated in a press conference on Monday that Rivera had drowned after saving her little boy's life by pushing him onto the boat they had rented.

News of Rivera's death has been a shock to her fans, but much worse for her family. In their statement to Deadline, Rivera's family — consisting of her parents Yolanda and George Rivera, her brother Mychal, and her sister Nickayla — went on to say that "Heaven gained our sassy angel."

"Thank you to the men and women of the Ventura, Tulare, and San Luis Obispo County Sheriff’s Departments for your commitment and unwavering effort to find Naya. We extend endless gratitude and ovation to the heroine who found her. Thank you to her friends, colleagues, and fans for your continuous support," the family's statement concluded with a "request that our privacy be respected during this very difficult time."