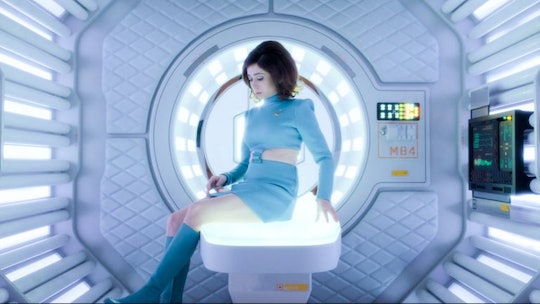 Nothing brings me more joy than making all of the choices for everything in my life. My god, do I love being the boss of things. Which is probably why I was obsessed with those Choose Your Own Adventure books as a kid. They were wonderfully empowering and quite useful in helping to turn me into the lovely control freak you see before you. Now that I'm a grown up lady, I thought my days of choosing my own adventure were over. Apparently not. Netflix has "Choose Your Own Adventure" programming in the works, which means I can be a megalomaniac from the comfort of my own couch. All is right with the world!

Bloomberg reported earlier this week that the streaming giant is currently developing some special episodes of their more popular shows that will allow the viewer to choose how they want the story to end. These new programs are expected to come out before the end of the year, which is really very soon, so if these sources are correct, we could all be watching episodes and deciding on how we want stories to play out by Christmas.

Perhaps the best news of all? The fifth season of Black Mirror is reportedly going to include an interactive episode. Which is just such a Black Mirror thing to do, you know?

Nothing has fully, officially been confirmed by those brilliant big wigs at Netflix, but there have been hints in the past that interactive storytelling might be the next wave of programming at the streaming service. Black Mirror creator Charlie Brooker got super enthusiastic about the concept of interactive programming in an interview with The Hollywood Reporter in December 2017:

We could keep one on an infinite loop! You could do that on Netflix — make one a Groundhog Day that literally never stops. And disable the 'back' button for viewers.

In fact, Brooker admitted he had come up with a pretty disturbing concept when creating one episode in particular:

We did talk to some of the tech people about things we could do. When we were doing 'Playtest,' the video game episode, I wanted to do it in nightmare mode, where after you watched it once, if you watched it again it was different.

Netflix has already created interactive programming for kids with shows like Puss In Boots, but this is the first foray into creating a choose your own adventure style program for adults. Which is only fair. Kids shouldn't get all the fun!

So how will it work, you ask? That question has yet to be answered, although HBO did dabble a little into the genre with Stephen Soderbergh's series Mosaic; in that case, fans of the show were offered a free app that would allow them to explore story lines for the murder mystery series, as reported by Wired. But it sounds as though Netflix is taking interactive programming to another level with Black Mirror. And who knows what they've got planned next?

Obviously this is happening, right? Right.