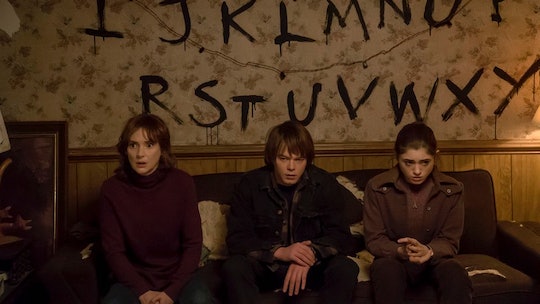 The Internet Is *Not* Happy About Netflix's New Price Hike

It was bound to happen eventually, and unfortunately eventually is now. In an effort to keep up with their quality original content (see: Bird Box), Netflix is raising it's prices for subscription users, according to CNN. The news of a price increase broke on Jan. 15, just as we all assumed we were safe from seeing a hike in costs. It's unclear exactly when this price increase will go into effect, but as longtime Netflix subscribers know, an email announcing the change will likely be hitting your inbox any day now.

As per usual, Twitter was the place to go for Netflix subscribers in desperate need of venting about the latest increase — which will allegedly see the $8 plan raise to $9, and the $11 plan raise to $14, according to CNN's report. If you really think about it, it makes sense that Netflix is raising subscription prices. After all, they have been rolling out endless amounts of original content — including major movies like Bird Box, Bandersnatch, To All The Boys I've Loved Before, Dumplin', etc. — but that doesn't mean the internet has to be okay with it. That's the law of the internet, right? If we can't complain about it, we don't want it! (Sorry, internet, but it's kinda true.)

The positive about the endless amount of angry tweets has to be how humorous some of them are. For example, the tweet shown above, which very simply explained how the Twitter user felt about Netflix's price increase by showing a gif of a man jumping out of a window. Dramatic? Sure. But also hilarious.

Another user seemed concerned about Netflix's content flow. Thankfully, a majority of Netflix's 2019 content is already out, and it includes over two dozen original movies and shows, according to Thrillist.

Others blamed Friends, as you can see in the tweet above. In case you're not sure why Netflix would raise prices over a 90s sitcom, let me fill you in: In early December 2018, it was widely reported that Friends would be leaving Netflix in 2019. Once the news went viral and, as expected, the internet raged for hours on end, Netflix announced that the Central Perk five weren't going anywhere any time soon. This cost Netflix $100 million, according to The New York Times.

Meanwhile, not all of Netflix's viewers were upset about the up-charge. In fact, it seems as if quite a few people realized what I pointed out at the beginning of this article — that Netflix's original content, albeit expensive, is totally worth it. Especially in comparison to a monthly cable bill, right?

As one user kindly reminded everyone: "remember that in 2018 alone, they gave us Haunting On Hill House, Cam, Chilling Adventures of Sabrina, and so many others." Good point!

Others brought politics into it (because, you know, the internet), but still managed to make logical sense of the increase. Exhibit A:

Whether you're upset about Netflix's reported price increase or not, you have to admit: it's totally worth it. Even if you're not looking forward to any of the new things they have on deck, 2019 will still bring us new seasons of 13 Reasons Why, Stranger Things, The Punisher, and more!