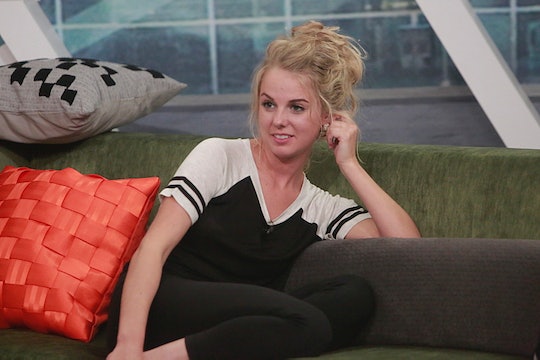 There was a lot of drama, excitement, and even romance this season on Big Brother, but none of that really matters when it comes down to it. Or, all of that matters, when you have the houseguests who got evicted, there to decide the fate of the remaining two. It certainly didn't help that this season was a whirlwind of emotions between different BFFs and alliances. But we can all agree that when Nicole won Big Brother 18 Wednesday night, it was the right move for those in the jury house and it made the entire season worth it, in some ways. Even if Paulie might have lasted far too long in the Big Brother house and James could have played such a stronger game overall if he wasn't so busy being the nice guy all of the time.

In fact, of the final three, it was a tough call as to who to root for to make it to the final two. In one way, it was easy to get behind Nicole because as a vet with so much against her from the beginning, she rose to the very top. But Paul and his "friendship" army was kind of infectious, even if his shouting and over the top personality wasn't as much. Then there was James, who was every bit of the nice guy we knew him to be when he returned to Big Brother this season.

Nicole's first "rodeo" on Big Brother was in Season 16, where she made it far but not far enough to not want to come back and try again for Big Brother 18, and as a returning player, she was already a target going into the house. Then, she made more enemies as she sat back and played puppet master with some of the houseguests, not really doing too much until it came down to the final six or so. But that all worked for her, because after entering the Big Brother house for the second time, Nicole won Big Brother 18 and was able to take home the $500,000 prize.

It kind of makes all of the sweat, tears, and popcorn butter totally worth it. And Nicole became the first woman to ever win Big Brother when in a final two scenario against a male competitor, which is kind of amazing.

During the season finale of Big Brother 18, Nicole competed like a champ in the competitions, so her taking home the final prize thanks to the votes of five jury members against Paul's four wasn't too surprising, even if it was shocking that Da'Vonne of all people totally changed her opinion of Nicole. In her closing speech, Nicole reminded her former housemates of all she had accomplished in the Big Brother house from day one, including finagling her place as the very first HOH of the season, so yeah, she earned it.