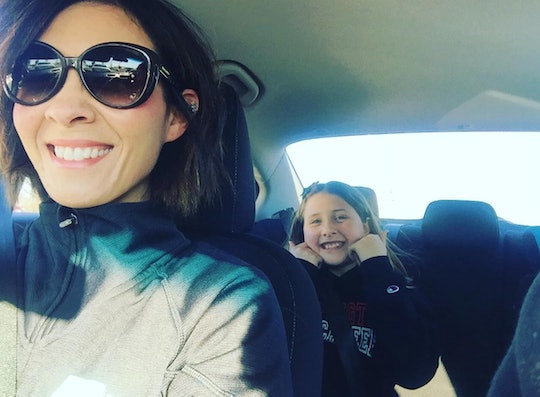 My daughter just turned 11. She's bright, funny, and kind. She's the friend others run to when they feel hurt or alone. She innately calms people, comforts people, and reminds people that they are not alone. I admire her strength and, honestly, sometimes I wish I could borrow it. The problem, however, is that people constantly call my daughter beautiful and, as a result, they're missing the best parts about her. She's so much more than how she appears, yet that seems to be the only thing people focus on.

Dr. Jill M. Emanuele, senior clinical psychologist and director of training at the Child Mind Institute's Anxiety and Mood Disorders Center, tells Parents that surface compliments "could be interpreted by the child that you're defining her as that, therefore that's what her worth or value is." Speaking as her mother, it's obvious and clear to me that my daughter's worth obviously goes far beyond her looks. And I know people mean well, and genuinely consider their constant compliments to be a positive. But it's this kind of shallow praise that further perpetuates the belief that if she's beautiful, she doesn't have to work hard or try in order to achieve her goals or reach any dream she might have. It continuously reaffirms the dangerous narrative that your looks, and how your looks are perceived by others, is all that truly matters. And if that's what my daughter grows up believing, then I've failed her as her mother.

Psychologist Carol Dweck, along with a team at Columbia University, studied 400 fifth graders to determine how praise effects children when it comes to their efforts in school. Through a series of tests, the study found that when you preemptively label your daughter or son smart, they were more likely to do worse on subsequent tests. The bottom line is that children who were praised on intelligence, rather than effort, didn't have the incentive to try.

If we're constantly telling girls that their worthiness is directly connected to how others see them, what will girls put their time, effort, and energy in?

I can't help but think of that study, and those results, when people consistently tell my daughter she's beautiful. How are these compliments impacting our daughters? If we're constantly, albeit subtly, telling girls that their worthiness is directly connected to how others see them, what will girls put their time, effort, and energy in? And if they aren't considered to be conventionally beautiful, will girls stop trying to be well-rounded human beings altogether? Will their sense of self-worth plummet? Will they be able to safely navigate the world confidently?

When other people focus only on her outside, I can't help but feel like they're diminishing everything she is on the inside.

I've seen, firsthand, how this kind of praise affects my daughter. She internalizes it, lets it dictate how she feels about herself, and that directly impacts how she treats others, how well she does in school, and what kind of person she is in general. I don't want to raise a daughter who believes her only redeemable quality is how she looks. Yes, I want her to feel good about herself, but I want her to feel good about her entire self. So I will tell my daughter she is beautiful, and I won't shun someone else for doing the same, but I also want to find a balance of praise so she doesn't place so much stock in her looks alone. I want people to see that she is the sum of multiple parts, and not just how she looks.

When my daughter was born she had a crooked nose. It took awhile, but eventually it fixed itself. She was beautiful regardless, and in no way did that tiny crooked nose change anything else about her. It didn't stop her from taking her fist steps, or saying her first words, or hitting any other developmental milestone. And when she did those aforementioned things for the very first time, I got a glimpse of the strong, determined young lady I know and love today. So when other people focus only on her outside, I can't help but feel like they're diminishing everything she is on the inside. Don't they know she's an intensely loyal friend? Don't they know that the moment she sets her mind on a goal, she will accomplish it? And if her nose hadn't of corrected itself, would they consider my incredible daughter to be worthy of praise?

Of course my daughter is beautiful, and of course I want her to feel beautiful. But I also want her to know her worth is not dependent on what someone else thinks about her appearance, good, bad, or indifferent. As her mother, I'll spend everyday of the rest of my life trying to remind her that she's more. Our daughters deserve to know that they're more.