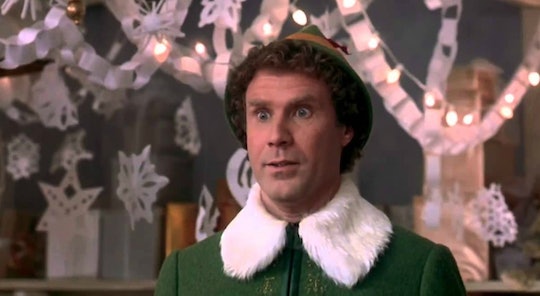 Putting Up Christmas Decorations Early Could Make You Happier, So Break Out The Tinsel

The holiday season is allegedly the most wonderful time of the year, until you start untangling twinkle lights and realize you waited way too long to make that last-minute Target run for stocking stuffers. Well, it turns out that it's possible putting up Christmas decorations early can make you happier, according to some mental health experts. I don't know about you, but every time I pass a house with tinsel and an inflatable snowman when there are still Thanksgiving leftovers in my fridge, I assume that that person is just a little too excited for the holidays.

More Like This
Therapist Says: Alone Time For Moms Is A Necessity, Not An Indulgence
10 Hilarious Tweets That Perfectly Capture What Moms Are Going Through
Could Increased Anxiety Mean You'll Go Into Labor Soon? Experts Explain
Can Ovulation Make You Anxious? Experts Explain

How did they get their act together so quickly? And why are they pushing their joy on the rest of us who need more time to ease into the merriment? Well, it turns out that people like me are straight up Scrooges and the person with their halls decked and their trees trimmed on Dec. 1 are pretty stable and more socialized. Bah, humbug.

According to an interview with Steve McKeown, Psychoanalyst, founder of MindFixers and owner of The McKeown Clinic in UNILAD:

There's something about being around your Christmas decorations that can make you feel more connected to your roots, provided that those memories are good ones. But even if they aren't, McKeown's suggestion, as he told UNILAD, to get decorations up early might also be a good way to start your own traditions. If nothing else, at least you have that one chore out of the way so you can focus on the other fun stuff that the season brings. It's gotta be worth a shot, right?

In addition to the soothing effects of Christmas decorations put up earlier in the month inside your home, putting up exterior decorations can also put out good vibes to your neighbors or anyone who comes to your door.

Researchers in a study published in the Journal of Environmental Psychology showed participants houses with Christmas decorations and those without. As they expected, people assumed that the residents with decorations up were "friendly" and "sociable." Participants also toyed with the "possibility that residents who decorate for Christmas but who have few friends on the block may be using the decorations and other cues as a way of communicating their accessibility to neighbors."

Which means that the neighbor on the block who has their decorations up isn't as hard to handle as some Scrooges might think, but merely trying to be friendly and lift everyone's mood. It's also interesting to note that if you feel sort of isolated in your neighborhood and are looking to make friends, putting up lights and a seasonal welcome mat might facilitate some more invites to the holiday parties and cookie swaps. I mean, you don't need to recreate a Winter Wonderland on your front lawn or leave the Santa balloons out until the first thaw, because that might signal something *else* to your neighbors.

According to Psychology Today, most people do enjoy Christmas, with 74 percent of people in a survey they conducted in 2015 reporting overall satisfaction with their holiday and 44 percent of them reporting stress. So maybe making your holiday to-do lists, checking them twice, and getting started as early is a good way to ensure that you end up with the majority this year.

And if decorating is definitely going to stress you out no matter what, there's nothing wrong with breaking out the eggnog, cookies, and simply watching holiday movies on Netflix all season. Let the neighbors think whatever they're going to think.