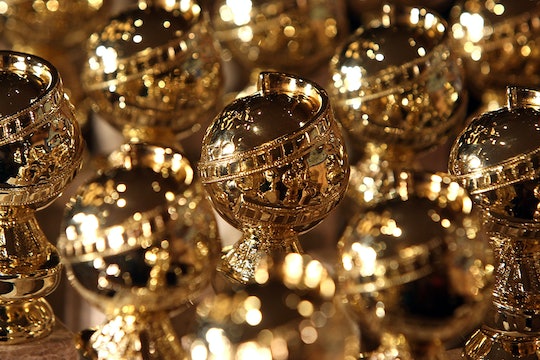 When it comes to the small screen and the Golden Globes, it seems like some shows never get respect. And this year was no exception. In case you haven’t heard yet, the nominations were revealed this morning, and the announcement included no shortage of 2016 Golden Globes TV snubs. Granted, plenty of movies were looked over this time as well, but when it came to TV, it was misses galore. And we definitely noticed.

While the Internet and media can't stop talking about who is nominated, they are also weighing in on the myriad of shows that were passed over for a Golden Globe. One that has particularly shocked people is Modern Family, which was completely shut out of the awards ceremony after being a regular nominee since 2010. What is happening? Even if you aren’t a TV buff, it is impossible to miss the healthy amount of shows that have dominated headlines and sparked conversation but still aren’t up for a Golden Globe. A shame.

Fortunately, many of our favorite shows still live to see another day. So, hopefully, the Golden Globes see the light in 2017. We can only hope. But, for now, we’ll rant about these TV series that were snubbed by the Golden Globes.

A staple in the Best Television Series - Musical or Comedy category since 2010, the ABC family sitcom was missing from the category this year.

This was Poehler's final chance to earn a Golden Globe nomination for her role as Leslie Knope in Parks and Recreation. Instead Poehler was snubbed for Best Performance by an Actress in a Television Series — Comedy or Musical and edged out by newcomers to the category Rachel Bloom and Jamie Lee Curtis.

Much like Poehler, many were expecting Kemper to receive a nomination for her role as the hilariously naive Kimmy Schmidt. Despite a SAG nomination yesterday, the actress received no love from the Hollywood Foreign Press.

The writer/producer/badass may dominate Thursday night television, but Rhimes was snubbed from the nominations. But we have a feeling she's not too heartbroken over it.

It seems the AMC series toyed with our emotions for nothing. Despite consistently high ratings, a large fan following, and overall acclaim, The Walking Dead failed to receive any Golden Globe nominations.

Despite a powerful performance as the semi-sociopathic Lucious Lyon, Terrance Howard failed to receive any recognition for the HFP. But fans of Empire weren't totally disappointed, as the series and Taraji P. Henson (i.e. Cookie) both received nominations.

Though the HBO series received a Best Television Series - Drama nomination, the actors and actresses behind the series were notably left out of their respective categories. After this epic past season, many expected to see Peter Dinklage, Sophie Turner, and Maisie Williams on the nomination list.

Though the show only recently premiered, many thought the intense praise was enough to garner Jessica Jones a Best Television Series — Drama nomination. Sadly, the ass-kicking superhero sleuth will have to wait till next year for a chance at the Golden Globe.