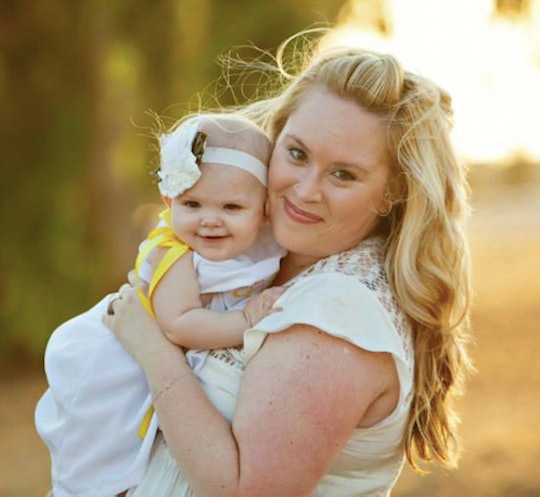 I don't know how many times I've thought back to the day I first met my lactation consultant, Megan, at the base Starbucks we lived close to when I was only three weeks postpartum after the birth of my first child. I met her through a mutual friend who had recommended her to me because she was a freshly minted consultant who needed to log consultation hours for a future certification. I had no idea then how important our meeting would be, and how her words and advice would follow me through motherhood. It was only three simple words, but the most important piece of breastfeeding advice I got from my lactation consultant followed me through the many ups and downs of motherhood.

"Remember, you are enough," she said to me as we concocted a pumping plan for me in preparation for going back to work at six weeks. We wrote a list of goals and things to remember while I was at work, and at the end of the list she put: "You are enough." I remember thinking it was silly at the time, you know, kind of one of those cliché things other moms say to each other during a pep talk. But there would be countless times in my very near future that I'd hear her words echoing in my head and I'd be so thankful for them.

I left our meeting feeling pumped up. She'd filled me full with encouragement. I wasn't sure if what I'd been doing up until that point was right. I was just going with the flow, and she gave me the affirmation I needed to know I was on the right track. In fact, I didn't know how much I'd really needed to meet with her until after our meeting was over.

What I didn't understand before you are a mother is how hard breastfeeding actually is. People can tell you, they can warn you, you can read stories about it– but until you are in the throes of it, you don't really get it. My first child nursed so much that I literally felt like I would lose my mind in the beginning. I didn't understand how growth spurts worked or even the hows and the whys of breastfeeding, like the importance of breastfeeding on demand, or how supplementing with formula could take a toll on establishing my supply and maintaining it. All I knew was that my baby wanted to nurse all the time in those first few weeks, and I had no idea if I was doing it right.

The truth was, I didn't feel like I was enough.

Like many other mothers who don't know any better, I immediately assumed it was me. There must be something wrong with me and my supply. My daughter would nurse incessantly, sometimes 45 minutes to an hour on each side, and I remember thinking no one told me it would be like this. My husband left us when I was seven days postpartum to go back overseas for work, I was filled with hormones, and the baby wanted to breastfeed nonstop. I was about as tapped out on my emotions as any one person could be. For awhile, I would cry every time she wanted to breastfeed. The truth was, I didn't feel like I was enough.

I felt like I was giving all of myself to her, yet somehow she still needed more and more of me. I didn't realize that motherhood would be like this. She wasn't a pet I could put food for in a bowl and walk away from, she was a tiny human who needed me much more than I ever could have expected.

But after I had my meeting with Megan, every now and then when I would start to think I wasn't enough, her words would pop back into my head. You are enough. I know that she meant literally and biologically. She knew my new baby was just trying to build up my supply and that when she had growth spurts, she nursed more but that it didn't mean my supply was low. It was the opposite, I had been making exactly what my daughter needed the whole time.

Megan's influence on my nursing relationship and my views on breastfeeding in general were huge. Because of her, I learned everything that I could about breastfeeding. Any time I had a question, concern, fear, etc. I could reach out to her and she would help me troubleshoot through it. She was my cheerleader, and she is also the reason why I'm an advocate to other mothers today who choose to breastfeed, three years later.

Out of everything that Megan ever taught me, reminding me that I was enough was the most important. Even when it came to things that weren't breastfeeding-related, like feeling guilty about working full time as a new mom, her advice reminded me that I was enough and that I was exactly the mother I needed to be. Self-doubt is the most rampant thing a new mother can experience, and I know that as well as anyone going through their first or second or third postpartum period. But because she believed in me, I believed in me, and I've carried that encouragement with me ever since.

It's been three years and I am now breastfeeding two kids. I've encountered things I never did with my first daughter, like having to go dairy free or combating nursing aversion, and it's definitely challenged me in new ways. My second daughter is so much different than my first that seeds of doubt have attempted to plant themselves in my mind, asking me if I am really enough. It's been three months and we are still going strong, but every now and then we come to a new challenge, and just when I start to wonder what's wrong with me, or whether or not I'm doing this right, I hear: You are enough.

And I know that I am.