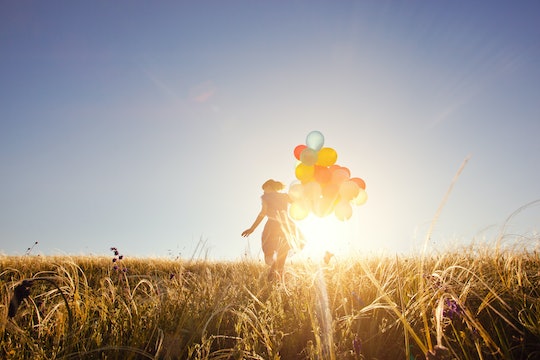 I'll never forget the first time I heard the words, "You're pregnant." I was 23 years old, a new college graduate living paycheck-to-paycheck and simultaneously struggling to make an unhealthy relationship healthy. I wasn't ready to be a mom or able to be a mom, and I didn't want to be a mom. I'll also never forget the first time I heard the words, "I'm sorry, your son's heart is no longer beating." I was 27 and pregnant with twins and financially stable and in a healthy relationship and so excited to be a mother of two. I had two very different experiences that many like to label equal or similar, but having an abortion and having a miscarriage are nothing alike.

As an outspoken advocate of and for the pro-choice movement, I'm no stranger to criticism and judgement and shame. As a woman who has also been vocal about my particular pregnancy loss experience, I have had so many anti-choice advocates ask me how I can differentiate between an abortion and what happened when I lost one of my twin sons when I was 19 weeks pregnant. I have had my pain downplayed and even questioned because, just a few years prior, I made the unapologetic choice to end a pregnancy I didn't want. How could I have been so cavalier with one fetus, yet so upset about another? If the fetus I aborted wasn't a life, then why was I upset about the non-life that had just ended? Not only were those questions hurtful, not least because of the clear agenda behind them and the fact that certain people made that agenda more important than my loss, but because they were rooted in ignorance and misunderstanding.

Yes, the two can result in the end of a pregnancy and, yes, sometimes they can be emotionally difficult and jarring and painful and, yes, they're usually unplanned. However, the thin layer of potential similarity depends on so many factors that only the women who have experienced abortions and miscarriages, themselves, can speak to. How any one woman feels about any one experience is entirely up to and unique to her. Some women feel remorse after having an abortion. Many do not. Some women are heartbroken when they experience a miscarriage. Others, relieved. Just because one woman feels the same way about her abortion as another woman feels about her miscarriage, doesn't mean the two experiences are intrinsically similar. It just means that different women experience different life moments in, sometimes, similar ways.

My abortion was a medical procedure, done after careful thought and serious consideration. While I didn't find myself morally conflicted, wondering what I should do or how I should move forward, hacking my way through self-doubt and questioning my conscience, I did stop and think and weigh my options. I knew I didn't want to be a mother because I looked inward, and while it took no time at all to come to a conclusion, and my decision was as painless as it was obvious, it was done in earnest. I didn't want to be pregnant. I did not plan on getting pregnant. My pregnancy was a result of failed birth control and I was in no way a choice to have sex with the intention of having a child. My pregnancy felt like my body was attacking me and plotting against me and threatening to take away my ability to make my own decisions by procreating when I wasn't ready to. When I was pregnant at 23, I wasn't in control of my body. My abortion gave me that control back, and allowed me to decide when I was ready and willing and able to become a mother. My abortion was choice realized; a choice that was taken away from me a few years later.

I didn't choose to lose a twin at 19 weeks. It didn't happen as the result of an elective medical procedure, it was an unwanted happenstance that even science couldn't provide a reason for. When I asked my doctor and a team of specialists why one of my twin sons died suddenly, no one had an answer. It just, happens. It was as surprising as my previously unwanted pregnancy; it was as emotionally painful as my previously unwanted pregnancy; it was as emotionally devastating as my previously unwanted pregnancy. It was my body attacking me and plotting against me and threatening to take away my ability to make my own decisions, only this time my body prevailed. Just like I cried in my living room when my body went rogue and ended up pregnant when I didn't want it to be, I cried in the emergency room of a San Diego hospital when my body went rogue and threatened to take away a pregnancy I wanted and was excited for. The loss of control I felt all those years prior, when parallel lines showed up on an over-the-counter pregnancy test, is the loss of control I felt when I saw one twin kicking and hiccuping on a black and white screen, and one twin completely still.

I can understand why it's difficult for some people to realize that an abortion and a miscarriage or pregnancy loss are nothing alike. I can see why, to the anti-choice movement, the potential parallels between the two are beneficial, especially during a presidential election and especially when reproductive rights are constantly being threatened via legislations and abortion laws. I can see how capitalizing on the pain caused by pregnancy and infant loss would further an agenda that works tirelessly to keep safe and affordable abortions from the women who need and/or want them.

For me, my abortion was an answer to a complete loss of control. For me, my pregnancy and infant loss was a complete loss of control for which there is no answer. That's why I will comfort every woman who has lost that control, whether it's fighting for her right to get a safe and affordable abortion, or comforting her after she has experienced a pregnancy and/or infant loss. The two aren't the same, but the women experiencing them do require the same thing: support.