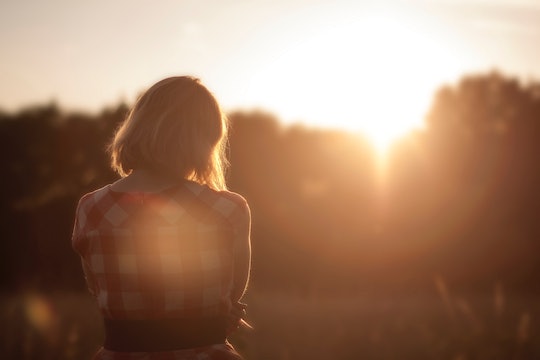 My daughter, Margaret Hope, was born and passed away at a top-tier hospital in Miami Beach, Florida. We were visiting for the weekend, not knowing I would go into preterm labor, and this was not the hospital I had planned to give birth in. When my labor came on suddenly and quickly, it was simply the closest medical facility. Mount Sinai has a Level III NICU, and they were prepared to handle the birth of a micro-preemie. While I’m grateful for everything they did for me and my family, I wish that even more had been done for us after suffering infant loss.

I was only 21 weeks and 6 days pregnant when my body decided to go into preterm labor. Everything happened so fast; within a matter of hours, I gave birth and then said goodbye to my baby. It’s the kind of nightmare you rarely read about, and, if you’re lucky, never experience. Hospitals, however, see these sorts of cases all the time. An estimated one in every four pregnancies end in loss, so they see loss first-hand quite a bit. Not every hospital handles these situations as delicately as they could. But when hospitals are prepared to comfort grieving parents and their loved ones, it can make all the difference.

My husband and I were set aside at a far end of the labor and delivery wing, far from the cries of the healthy babies being born that same weekend. We were given some time to grieve while holding our baby girl, but the hospital lacked a cuddle cot (a special cooling system that allows grieving parents extra time with their babies while stalling decomposition of the body), or at the very least, a cuddle cot was not offered. I felt rushed to say goodbye, though I know no amount of time would have been sufficient.

We were also given some mementos to remember our daughter by, including a print of her feet, a memory book, her baby hat, and a teensy lock of the little bit of hair she’d managed to grow at that point. While this was all great, some hospitals go above and beyond for their loss patients. Jillian Bishop experienced a stillbirth at Cheshire Medical Center in Keene, New Hampshire. Bishop tells Romper that she was assigned a special nurse who took care of all the loss cases. The hospital gathered a keepsake box for the grieving family, which included a blanket, tiny hat, footprints, and photos taken by the hospital. But here’s where they went the extra mile.

Two years after her loss, Ryder says that the hospital continues to remember her daughter, sending a handwritten card to the family on the baby’s birthday.

“They set up everything with the funeral home so all we had to do was explain what we wanted," Bishop says. "The funeral home did the cremation and services for free." That a hospital was able to find a funeral home that would not add to the pain and cost of burying a child is beyond incredible. Additionally, the hospital set Bishop up with a therapist. Aside from general grief, many parents experience depression and anxiety as well as symptoms of PTSD following a loss.

At Unity Point Meriter Hospital in Madison, Wisconsin, bereaved mother Jenah Ulrich says the hospital arranged for the funeral director to come directly to her floor. This is just another way a hospital can help support parents experiencing such a loss.

“(They also) made sure all of the other parents and babies were in their rooms so we could walk our girls down the hall to her,” Ulrich says.

Ashley Nicole Lowe lost her baby at the University of Tennessee Medical Center in Knoxville, Tennessee. The hospital made Lowe a special silver-plated necklace charm created from a cast of her son’s hand print for her to carry a part of her baby with her.

“They (also) made a weighted pillow ... that was his exact weight along with the tape measure they used to measure him,” Lowe says. Many bereaved parents later purchase items like Molly Bears (stuffed bears that weigh the same as their babies did), which allow them to feel the weight of the babies they lost. It’s not a common item to receive from a hospital, but truly an example of another way a hospital has researched the best ways to help comfort grieving parents.

Because the UT Medical Center is a teaching hospital, student nurses often shadow doctors and nurses on cases. Out of respect to bereaved parents, they generally don’t assign students to loss cases. However, despite her grief, Lowe recognized what an incredible learning opportunity this could be for a student. “They were very accommodating with all of my requests," she recalls. "I asked for a student nurse ... and they allowed one to follow my nurse.”

At Maine Medical Center in Portland, Maine, hospital policy includes informing parents about Now I Lay Me Down To Sleep, a non-profit organization which sends volunteer photographers to go and take special photos of grieving families with their babies at no cost to the parents. Hana Ryder was a patient there and says she wasn’t sure at first if she’d want the photos.

“The nurse sat with me and laid it out. She said that it was absolutely my decision, but how she sees it is that it’s better to get them and never look at them than to not get them and regret it. I gave the go-ahead and they called them and set it all up while I got to snuggle my girl.”

Two years after her loss, Ryder says that the hospital continues to remember her daughter, sending a handwritten card to the family on the baby’s birthday.

because Harper’s baby underwent surgery prior to her passing, the staff music therapist created an priceless gift for the mother: a CD of the therapist playing guitar over a looped recording of her baby’s heartbeat.

“My extended family had access to a separate room next to mine where they could gather privately but give us space. The hospital provided them with coffee and fruit...They (also) provided hand and foot casts, prints, a keepsake bracelet, and a tiny bonnet made by another loss mom.”

The hospital also kept a memory book where other loss moms could write letters to their babies. And because Harper’s baby underwent surgery prior to her passing, the staff music therapist created an priceless gift for the mother: a CD of the therapist playing guitar over a looped recording of her baby’s heartbeat.

Of course, nothing truly takes away the pain of losing a child. But that doesn’t mean more hospitals can’t learn from these places which have gone beyond the call of duty to take special care of grieving parents. While my hope is that we can someday eradicate many of the causes behind pregnancy and infant loss, for now I will simply call upon other hospitals across the nation to find better, kinder ways to handle the cases of loss. Memory books are great. Photographs are great. But we should keep going further.

While I would have appreciated some of the thoughtful gifts and gestures these hospitals did for their patients, I think the most useful thing I could have received was direct access to immediate mental health care for at least the year following my loss. Had the hospital given me a list of mental health sources in my area, or reached out to my new OB-GYN about my loss (and given them the resources), I would have been better able to receive proper postpartum care, including counseling for potential postpartum depression and PTSD.

It took years for me to finally find the right therapist that I could see regularly, and years to finally start feeling OK enough to move on with my life in a positive direction. Each of the hospitals mentioned here has gone above and beyond to consider the long-term care of parents who have suffered the loss of an infant, and each of the women I spoke to are proof of the impact of those efforts.

To all the other hospitals: Please make sure bereaved parents and their loved ones are fully supported during this trying experience. And make sure to set up a plan for care for the days, weeks, months, and even years that follow.

It can make all the difference.

October is Pregnancy and Infant Loss Awareness Month. You can find resources and support for parents who have experience infant loss at National Share.

More Like This
The Euphoric Terror Of Rollerskating Was Exactly What I Needed
How To Breastfeed A Baby With A Cleft Lip Or Cleft Palate
Breastfeeding Twins: Everything You Need To Know
Stop Talking About Formula Feeding Like It’s Always A “Last Resort"