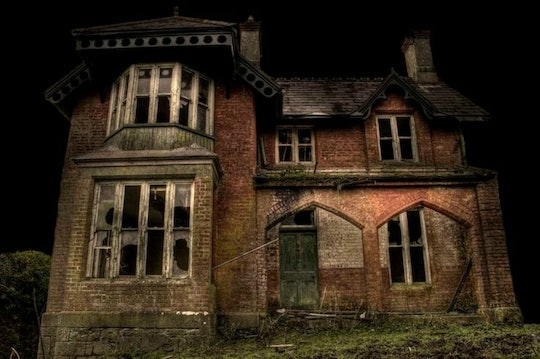 Nothing quite says Halloween is here like a spooky, creepy, crawly haunted house. And while getting the crap scared out of you is super fun for a lot of adults, when you have kids, it may be harder to find haunted houses appropriate for the whole family — and even middle schoolers. If you live in Georgia, you may be wondering where there are kid-friendly haunted houses in Atlanta (or around the city) for the whole family to enjoy if you’re not ready for that next-level terrifying Netherworld stuff.

Haunted houses are pretty popular all over the country. According to the Smithsonian website, “The scariest haunted house of 2016 is in a 40,000 foot office park on the outskirts of Austin, Texas,” called House of Torment. There are zombies, clowns, and other “maniacal beasts,” to scare the wits out of you. People with heart conditions are even warned against participating, because it’s that intense.

But how did haunted houses begin and were they as scary as some of them are today? The first haunted houses back in 19th century London consisted of kids going house to house to people’s basements and experiencing “scary scenes,” according to the Smithsonian website. However, the haunted house didn’t become a “cultural icon” until Walt Disney created the Haunted Mansion in 1969, “nearly two decades after Disney first approved the beleaguered project."

"The attraction, which was designed in the style of the Evergreen House and the Winchester Mystery House, quickly became a success. In a single day shortly after its debut, more than 82,000 people passed through the Haunted Mansion. The attraction's centerpiece is the Grand Hall, a 90-foot-long ballroom sequence of dancing ghouls at a birthday party,” the website noted.

While not as epic and high budget as the Disney Haunted Mansion exhibit, there are some attractions right here in Georgia that are just about as kid-friendly as the Haunted Mansion in Disneyland and Disney World.