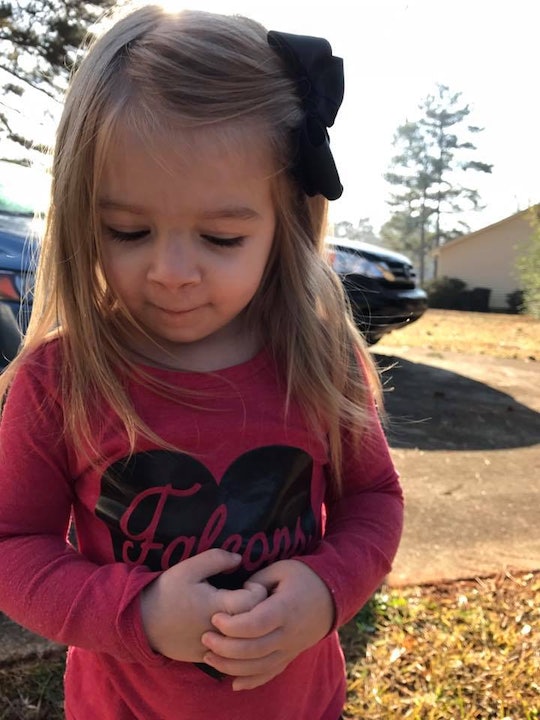 I'm Glad I Watched Super Bowl 51 With My Daughter

I've never been a big football fan. In fact, before I started dating my fiancé, I had watched maybe one full game in my entire life. But being with this man has turned me on to the sport, and with that, my little girl has grown up surrounded by football, too. But this is the first year I felt good about watching the Super Bowl with my daughter, and I'm finding there's a lot more to love about this sport than I thought.

Let's be honest — the NFL doesn't have a great reputation when it comes to women. According to The New York Times, many football players have been accused of domestic violence or assault. And the NFL hasn't exactly been eager to punish its players or to put an end to the stigma. Rather, investigators haven't been as forthright as they should've been and have created a bit of a reputation that includes sweeping things right under the rug. (In an article updated in 2015, the NFL said the following regarding accusations of domestic violence: "Though no one can prevent these terrible crimes from being committed, the NFL can move forward to help those in its vast network of players, coaches, staff, and their families who may need it and take steps towards preventing domestic violence and sexual assault before they happen." (Romper reached out for a more updated comment.)

In a world where President Donald Trump can admit to and openly brag about sexually assaulting women and still become president of the United States, the indiscretions of the NFL are seriously upsetting.

The Huffington Post noted that there should be more integration of women as coaches, referees, and even players. But even with some women taking over predominantly male positions, the Chicago Tribune suggested that it doesn't help to then continue having the most visual job for women in the NFL include go-go boots, booty shorts, and tiny, cleavage-revealing tops. How much progress can the NFL make to defeat sexism if the best and most noteworthy job for women is as a cheerleader?

But even with all of that in mind, even with the fact that football is not exactly known for being a sport that's inclusive to women, I'm still super pumped to watch Super Bowl 51 with my daughter this year. And not just because we're Falcons fans. (Although that seriously helps.)

The Super Bowl this year was missing all of the fast food commercials with the half naked women. There wasn't a Super Bowl performance that ended in the internet calling a woman a slut for seeing her nipple. There was diversity and there was inclusion.

A Super Bowl commercial last year was touted as sexist by Twitter for basically insinuating that women will do whatever you want them to do, even if they're uncomfortable, as long as they aren't hungry. This year? The original Schuyler sisters from the Broadway musical "Hamilton" took the stage to sing "America the Beautiful" and changed the lyrics to include "in brotherhood and sisterhood."

The most popular commercials of the night promoted diversity and one in particular, the commercial for Audi, introduced the topic of a woman's worth as a father wondered what he should tell his daughter about the workplace and how she may not be perceived to be as smart as her male co-workers, despite her accomplishments.

In short? The Super Bowl this year was missing all of the fast food commercials with the half naked women. There wasn't a Super Bowl performance that ended in the internet calling a woman a slut for seeing her nipple. There was diversity and there was inclusion.

It's a story of perseverance, of trust, and of faith. And those are things I'm more than ready to share with my daughter.

2016? Not the year for women. But as 2017 ramps up and my daughter sees things like women's marches and the Swedish government troll Trump with her powerful all-female team, I have faith and hope that this can be the year she gets to see what girl power is all about.

And if the Super Bowl can help prove that point, we'll watch that football get thrown all night long.