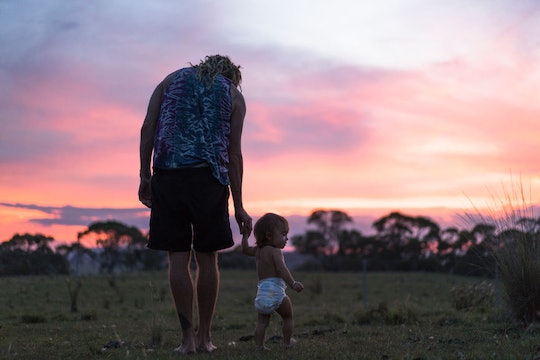 Australia is known for its laid-back vibe, unique wildlife and unusual slang (who remembers the old "throw the shrimp on the barbie" line?), but when it comes to naming their children, they're surprisingly traditional. In fact, one in 10 babies born in the Land Down Under last year were given one of the top 10 names in Australia. It's more of a straightforward list than you might have imagined from the country that gave us Vegemite, koalas, and Chris Hemsworth.

Looking at the front-runners reported by McCrindle Research, a sizable number are identical to the top baby names in England, according to the BBC. Predictably, British parents were more likely than Aussie moms and dads to name their sons George and Harry, no doubt after the two popular royals. The list also echoes the American list of popular baby names of this decade, per the Social Security Administration. Only when you go farther down the Australian list do you find less predictable choices; for girls, floral names (Holly, Daisy, Violet, Poppy, Lily) are in, as are vintage picks like Imogen, Harriet, Millie and Matilda (as in "Waltzing"?). The boys' roster has culture-specific names like Angus, Lachlan, Muhammad, and Bodhi, along with a batch of Biblical choices (Benjamin, Matthew, Isaac, Elijah) and a handful of wild cards like Arlo, Lincoln, Kai, and Sonny.

What about Sheila? Any true Oz resident will tell you that this was never a trendy girls' name. As explained by Australian National University's School of Literature, Languages, and Linguistics, a "sheila" refers to any girl or woman, a term that dates back to the early 1800s.

Let those Yanks keep their Blue Ivys, Birdies, Aces, Apples, and Psalms. If you're looking for a fair dinkum (true) Aussie name for your nipper (child), you'll go with one of these classic and not-too-trendy options. Have a gander at these, mate: