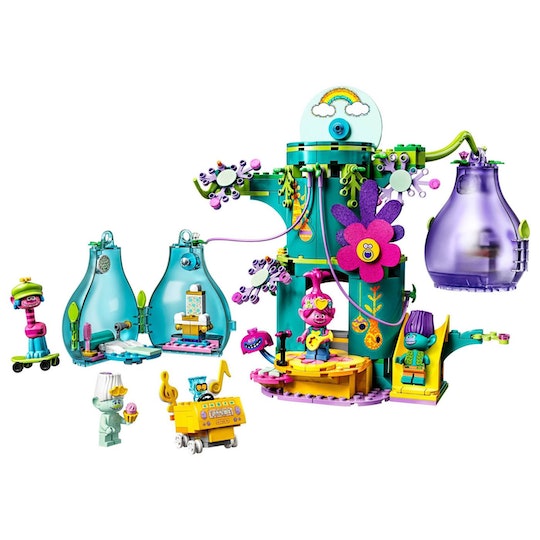 When the end credits roll on a movie you love, you sometimes wish that the fun of the film could last forever. With the release of the new Trolls World Tour LEGO toys, now it can. In anticipation of the release of DreamWorks Animation’s Trolls World Tour on April 17, you and your child can build up the excitement (literally) with an assortment of colorful LEGO toys that your totally adorbs tiny Troll would truly love.

It’s hard not to get swept up in the cuteness that is the Trolls. In the new film, Trolls World Tour, Poppy (Anna Kendrick) and Branch (Justin Timberlake) set off to unite the Trolls tribes all over the world. They want to stop the evil Queen Barb (played by Rachel Bloom) and her hard-rockin’ daddy King Thrash (voiced by the inimitable Ozzy Osbourne) from a global musical takeover.

So just in time to amp up (get it?) your child’s excitement, Trolls World Tour toys are covering toy shelves in colorful glittery goodness. These LEGO sets are bright and fun, full of building (and bonding) opportunities for you and your child. So get ready to rock, roll, and construct cool new play adventures with your kids.