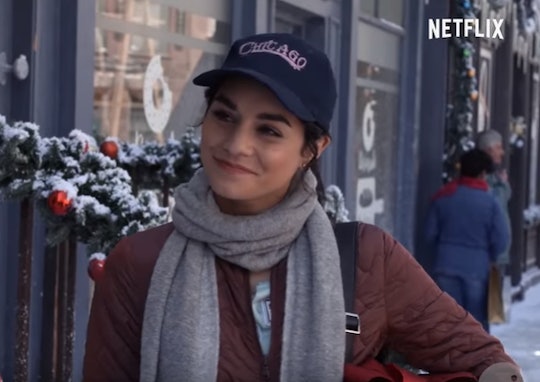 I can't fully express to you how happy it makes me that people are willing to admit they love Christmas movies in 2018. There was a time in my life when I had to hide my ambitious festive movie-watching schedule from fans of the cinema who couldn't quite accept the sheer joy of it all. But lately everyone seems to have embraced Christmas movies, which means there are more movies being made and more ways to watch. For instance, you can apparently find tons of Christmas movies on Netflix using a "secret code" before they've even been promoted yet. Because it's 2018 and we should be able to watch Christmas movies whenever we want, right?

The streaming giant had a surprise Christmas hit on their hands with last year's charming special A Christmas Prince, and they're apparently going to capitalize on this as best they can. Not only is Netflix releasing a slew of new Christmas movies this year, including a sequel to last year's hit, but the company is also offering customers the chance to get a jump on their Christmas movie viewing.

Whether you're hoping to watch a new Christmas movie or watch one of your tried-and-true favorites or do a whole lot of both like me, Netflix has these amazing "secret codes" that allow you to browse by specific category. As the Independent revealed, you can even access movies that have yet to be promoted by Netflix, which I think means you can count yourself as a true Christmas movie believer. To find the categories, you simply type in URL: http://www.netflix.com/browse/genre/INSERTNUMBER and then replace the insert number aspect with the appropriate secret code.

Which are secret no more, because here they are, as per The Daily Mirror:

The good news is you'll still be able to search for all your favorite Christmas movies by title, but with these secret codes you won't have to do nearly as much thinking about what you might be in the mood to watch. Because when it comes to Christmas movies, if you're anything like me you know you want to watch all of them... but sometimes need a little help organizing your enthusiasm.

What a marvelous time to be alive. When everyone finally admits they love a good Christmas movie, classic or otherwise, and the good people of Netflix have arranged for us to watch them on a constant loop.