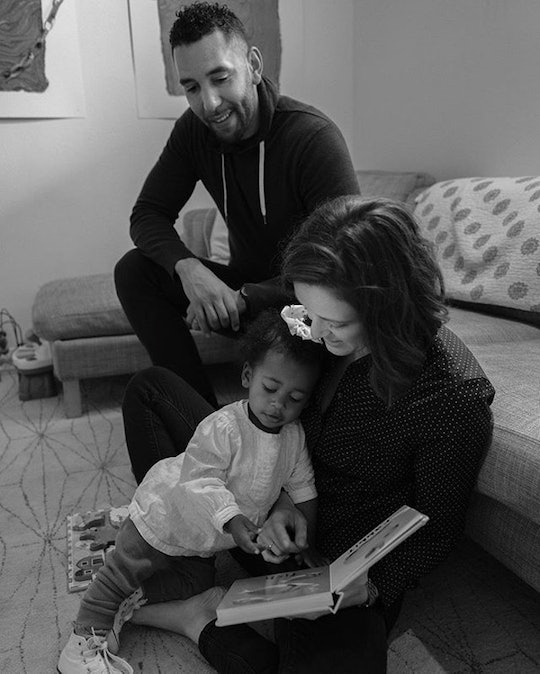 What I Told Myself After 4 Failed Adoptions In 1 Year

Four failed adoptions in a single year It wasn't the best 365 days I've ever had, to be honest, but despite it, I'm here to tell the tale. While I wouldn't wish this painful experience on my worse enemy, I'm also here to hopefully share something that might help another woman in a similar position, desperate for some reprieve. I'm the type of person with a constant running commentary in her head, so I've narrowed down what I told myself when I had four failed adoptions in one year to a manageable dose, all geared to let you know that while a situation like that is less than ideal, it's possible to find the strength to get through it.

To make four long stories very short, not long after my partner and I adopted our infant daughter, we had two failed private infant adoptions, and two slightly more involved foster placements that fell apart after we were told we would be able to adopt the children. For me, and perhaps counterintuitively, the failed private infant adoptions were much, much harder to deal with, simply because those babies would forever remain a mystery. I'd never know what they were named or what they looked like, I never played a role in their lives, except, hopefully, to give their birth moms an option when they felt they had none.

My husband and I are fully in support of moms choosing to parent when they can, and we are fully in support of babies being reunited with family members (which is what happened to both of our foster placements) if those situations are deemed safe. Honestly, those are, more often than not, the best possible outcomes for the child. However, they are definitely not the best possible outcomes for a wanting-to-adopt parent's heart. And, by the end of a very long year, my heart was aching.

In the time leading up to their births, or the time they were in my home, I treated those children as though they were already part of our family. My husband and I loved them as hard as we could for as long as we had them in our lives.

After each adoption failed, I had a big ol' meltdown of a cry. I allowed myself to fully feel the loss of those children leaving our families. Despite knowing, in some circumstances, that the babies would be safe and loved or that this might be the best outcome for our family, too, I told myself it was OK to grieve those losses as though they had been my real children. In the time leading up to their births, or the time they were in my home, I treated those children as though they were already part of our family. My husband and I loved them as hard as we could for as long as we had them in our lives.

Many people who have not been through this situation will not understand the depth of emotion you could possibly feel for a child who wasn't "yours" or whom you never even met. I reminded myself that the grief was still very, very valid. They were like miscarriages or the death of a child in our family, because in all cases we won't have any information about those children ever again.

I also leaned very hard on my faith through each of these losses. As a Christian I believe in God, but I do not believe he designed these situations for me to suffer. I do not believe this was part of his "plan" for me and my family. I do, somehow, believe He knows best, and I believe I am stronger than I ever was before I walked through these disappointments. I believe my marriage took a hit and my husband and I were pushed to put it back together again, better than ever. I chose to tell myself that while these situations were horrific for us, they were not going to end us.

They were like miscarriages or the death of a child in our family, because in all cases we won't have any information about those children ever again.

I think a lot of people read "four failed adoptions" and think, "Why on earth did you keep putting yourself in that situation if it was so difficult?" After the first failed adoption, where we found out two weeks after baby boy's due date that his mom had decided to parent, I felt very strongly that my specific loss wasn't going to rob me of excitement for future children joining our family. Yes, it was heartbreaking, but I didn't want to tell any future child that came into our home that I wasn't excited for him or her because I was terrified. No amount of sadness was going to rob me of the story I would one day tell my future children, and it wasn't going to make me give up in my pursuit of growing our family.

My family's most recent, and hopeful, adoption, fell apart between Christmas and New Year's this past winter. When that happened I felt emotionally exhausted. I knew I didn't have anything left to give to more foster children at the moment. My husband and I made the choice that I would go back to work, and that our daughter would go into daycare. I needed a change of scenery and a change of daily routine. I needed time and space to heal.

No amount of sadness was going to rob me of the story I would one day tell my future children, and it wasn't going to make me give up in my pursuit of growing our family.

My husband and I recently changed adoption agencies to one that deals exclusively with private infant adoptions, because infant foster care isn't something we can do while both of us are working full-time (and, truth be told, older child foster care isn't something my family can facilitate in such a tiny apartment). We are telling ourselves the same thing all over again: it's OK to be excited for what comes next, despite what disappointment may be involved before we meet our next child. I also repeat the same confirmation over and over to myself, on an almost daily basis, silently pleading, "Don't let the fear of being hurt rob you of the excitement and anticipation of the good that is going to come."

Before our daughter joined our family, I used to go to sleep each night imagining the moment I would walk into the hospital to meet her. Now that she's asleep in the next room, I fall asleep imagining the ways our next baby will eventually enter our family. It's a really pleasant way to fall asleep, and I remain very excited for the day I get to tell my future son or daughter how much their parents wished and dreamt and hoped for them.