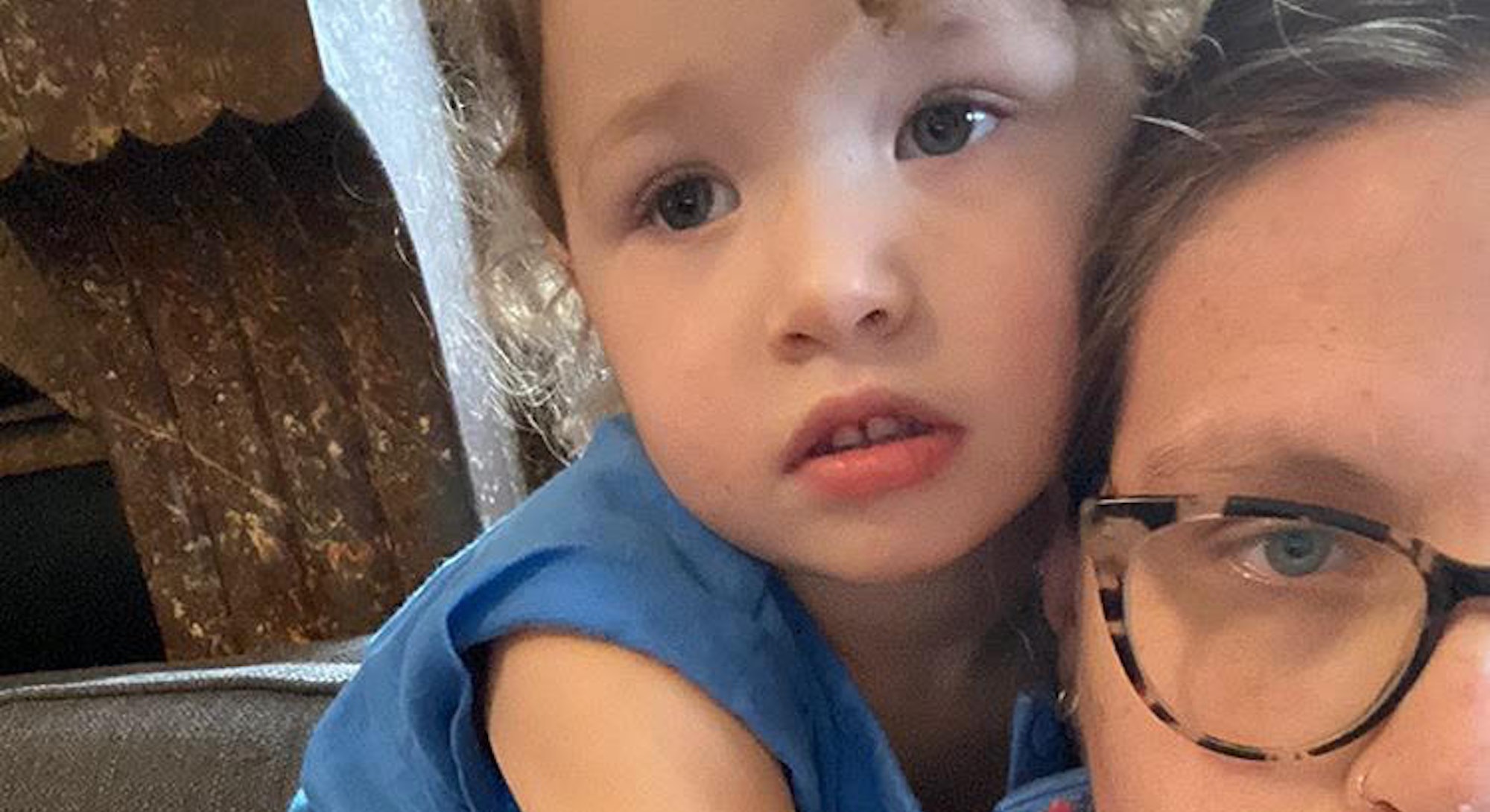 This Is What Moms Mean When They Say They're 'Touched Out'

Sometime around the 25th week of my first pregnancy my baby bump went from fairly invisible to the size of a child's soccer ball. From that point on, everyone wanted to touch it — everyone. The acquisition of my body into the public domain bothered me, but served a very important lesson: Upon having children, our bodies (while still, technically, ours) will no longer be our own at all.

While most parents can’t wait to hold their babies, no one ever warns that a child’s kissing, hugging, yanking, pulling, clawing, dribbling, licking, nursing, or jumping on their mother will leave her feeling as though her skin is on fire. Few explain that when our kids go to bed, we might cringe at further touch from our partners or friends. No one warns us of how many hours we will spend fantasizing about being alone in some faraway woods, accompanied only by a bottle of red wine and wrapped in a wool blanket the size of Liechtenstein.

"It's only natural for moms to feel the need for space from being touched,” says Dr. Venus Mahmoodi, a psychologist at the Seleni Institute who specializes in reproductive mental health. Mahmoodi explains that new mothers feel “touched out” when they are in constant proximity to their children. “The demands of a [small child] are such that they require constant attention,” she says, whether or not that suits the mother. “A new mother is required to provide proximity to a newborn even if she does not want to engage in proximity." The same is true of toddlers.

Before kids, I believed nothing could be as magical as the love between a mother and her child (an idea we arguably encourage little girls to internalize when we give them dolls to nurture). Indeed, it can be incredibly moving to feel your baby grip onto you with force belying their tiny, new body. Even breastfeeding, as uncomfortable, time-consuming, and altogether grueling as it can sometimes be, can yield warm, fuzzy feelings.

Until children grow and wean, however, we kind of forfeit our bodies. "In German, there is an expression for when children become independent," Alegra, who goes by her first name, tells me. "Abnippeln, meaning detaching from the nipple."

I put out a call on social media for mothers to share photos and experiences around feeling "touched out," and those who responded with pictures of children sliding their little arms down their mothers' tops all understood one thing: The functions that our bodies perform for our children — from egg harvesting to pregnancy to breastfeeding to bed-sharing and soothing behaviors — are not all voluntary.

“In all walks of life since becoming an adult, I’ve known I have a choice to say yes or no to being touched, or any certain activity, whereas when you have a kid, you don’t really have a choice,” says Lois McMillan, designer and mother of two. “Consent along with bodily autonomy go out the window.”

Mother-of-two Lindsey Norkin can attest to this. She loves toddler snuggles, but is also a comfort object for her son, who likes to self-soothe by touching her face and neck.

"Cuddling my happy little children is my favorite thing, and physical touch is one of my love languages," says Samantha Darby, lifestyle editor at Romper. "But when it comes to feeling touched out, it’s a feeling of wanting to claw off my own skin, to breathe without the weight of a child on my chest, having to stop myself from flinging all of my children off of me and into the air like confetti so I can JUST GET A BREAK ALREADY."

“I can’t even go for a wee; she has to touch me there too,” says Gail Preston. “I can’t help but feel awful, as Ada or [my partner] will feel rejected. She wants to sit on mummy’s knee and I’m like ‘go away,’ which transfers into my personal life with [my partner] and then I feel like the baddie.”

Putting guilt aside, the composite picture from all these women’s experiences is, to me, as fascinating as pregnancy. These children have left their mothers’ bodies, but remain physically entwined, dependent. It isn't until 6 or 7 months of age that babies even understand that they are separate entities from their mother. Moms, though, are used to having their bodies to themselves. On one side of the knife edge is the burst of oxytocin triggered while nursing or cuddling a child; on the other, a need to Hulk-smash out of the room to somewhere personal space might be preserved.

"Women struggle with their identities [after having kids]," says Mahmoodi. "A newborn becomes an appendage and it feels like baby is an extension of her, but she's struggling to find herself and who she is. Pregnancy and postpartum often shake a woman's identity and being 'stuck' to a [small child] often makes women feel even more alienated from themselves."

For many of us, early parenthood is a total invasion and subsequent eradication of our individual limits and autonomy. Cue the toilet, a fairly popular sanctum for mamas in desperate need of some personal space. "I hide either with my mom or in the bathroom, door locked, sometimes the car,” Brook Gallegos tells me.

Curiously, sex therapist Esther Perel views the withdrawal of women from their partners during this period less in terms of over-stimulation, and more so in terms of satisfaction. “You say there is nothing more you can give at the end of the day with your baby," she told The Guardian’s Anna Johnson, "but perhaps, sensually and emotionally, there is nothing more that you need!" Then again, touch with our partners is something we can control.

Both Perel and Mahmoodi would prescribe a hefty dose of alone time or time away from kids as treatment for feeling touched out. “If a partner is aware of what's happening, they can be more supportive. And they can take some of the responsibility of caring for the child so that mom gets some alone time to do what she needs to do and would like to do. Then when she feels a little better, she's more likely to want to engage with her partner," suggests Mahmoodi.

Truth be told, parenthood doesn't feel all that magical when your children are using you as their own personal trampoline; when they claw at your face like a bad scab they're trying to pick off; when they decide to master the dog-down yoga position atop of your skull; when they jump on your boobs or stomach so hard that you are, for a few brief moments, certain they have punctured one of your internal organs.

But part of the agony is the knowledge that the intrusion is time-limited, as Romper's Janet Manley points out. “I remember apologizing to an older colleague who spent morning tea at my apartment with my daughter’s little feet pressed into his legs on the couch, stamping sideways on him," she says. The colleague, whose children were grown, waved her off.

"I actually miss it," he said.