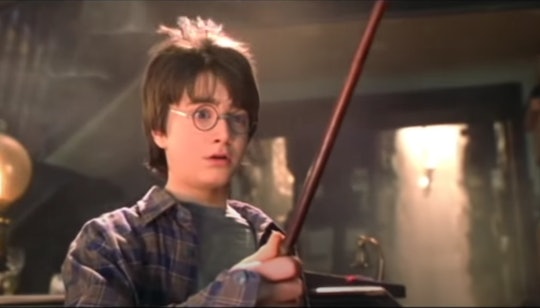 If you've also Marie Kondo'd your old DVD collections, you've likely been wondering where you can watch all eight Harry Potter movies online these days. Good news: You can now stream them all in one place courtesy of HBO Max.

The movies, which first premiered in 2001, bring J.K. Rowling's beloved Harry Potter book series to life. Daniel Radcliffe stars as the titular character, Harry Potter, an orphan boy who discovers he is actually a wizard and possesses some unique powers of his own. Whether you've read the books three times each or are just a casual watcher, it's always fun to relive the magic that Harry Potter has in store.

To do so, all you need is a subscription to HBO Max, which costs $14.99 a month after a free seven-day trial. If you already have a subscription to Hulu, AppleTV, YouTube TV, or are a cable subscriber, then you could be one of the million people that are eligible for a free HBO Max account.

If HBO Max isn't for you or you simply don't want anymore streaming subscriptions, there are other options to watch the Harry Potter movies. You can rent all eight movies on Amazon Prime Video for $3.99 each, or individually purchase them for $14.99 a piece. You can also purchase the complete Harry Potter movie collection on iTunes for $79.99, which makes each film cost around $10.

Of course, it's also possible to watch all eight Harry Potter films in one day, or before your free HBO Max trial ends. A blogger at Pottertalk.net found that if you start watching the first Harry Potter film at 4 a.m., you can finish the marathon just before midnight at 11:40 p.m.

No matter how you decide to enjoy all of the Harry Potter masterpieces, thankfully there are plenty of places to find them.