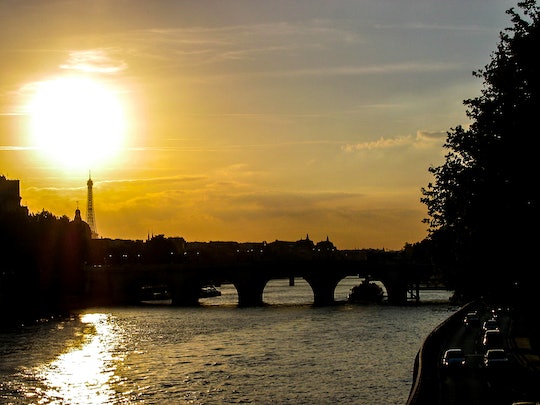 Who Are The Victims Of The Paris Shootings & Bombings?

UPDATE: Officials are starting to release details about who was killed in the Paris terror attacks Friday. Over 120 were killed in the attack, which ISIS has claimed responsibility for, while over 350 have been wounded. (According to French Prosecutor François Molins, nearly 100 of those wounded are critically injured.) In a statement Nov. 19, the French Council of Ministers said that all victims of the Paris attacks had been identified, and most of the families of those killed had received remains. Here are some of the victims' names:

One of the suspected suicide bombers has been identified as Ismael Omar Mostefai. Authorities also confirmed that seven of the assailants have died, and the attacks were carried out by three coordinated groups. Paris police, however, are currently hunting for an eighth attacker who may still be at large. Officials have confirmed that a police raid in Belgium led to the arrests of seven individuals who may have ties to the attacks.

EARLIER: Shots were fired in six different locations in Paris Friday night, and at least three explosions have been reported, one near the Stade de France stadium. The victims of the Paris shootings and explosions have not yet been identified. According to Le Figaro, police are reporting at least 100 dead in the attacks. A police siege also ended a hostages situation at Le Bataclan nightclub, the site of the most deadly attack on the city, with over 100 believed dead in the venue alone. Police believe the incidents may be related.

Eagles of Death Metal, an American metal band, was performing at at the Bataclan club at the time of the attack, but its band members reportedly escaped the attack. And though two assailants were confirmed to have been killed inside the venue and police believe all attackers are now dead, it's still unclear what the motivations were behind the killing. French President François Hollande says he knows "who these criminals are," but, so far, officials aren't saying much more.

Starting Saturday, the names of those killed in the terrorist attacks in Paris began to emerge. Here are the victims who have been identified so far, and their age and home country, if known: