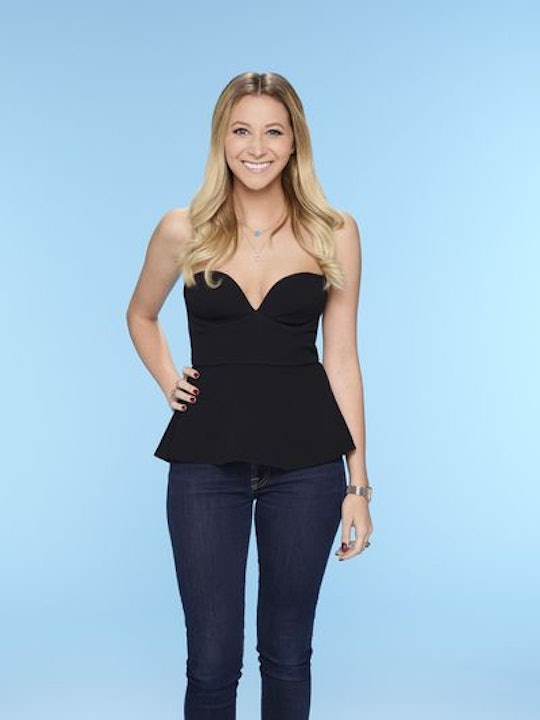 The ‘Women Tell All' Brought Back Unfamiliar Faces

For some, the Bachelor Women Tell All special was about getting closure from Nick, while for others it was about talking out the issues they had with the other women. But apparently for some of the other women, the Women Tell All special was about getting the screen time they may have missed while on The Bachelor, like with Lacey who suddenly had a lot to say to Nick, but was admittedly forgettable. So who is Lacey from The Bachelor?

The Women Tell All special definitely brought back some contestants who went home early on in The Bachelor. According to Lacey's Bachelor bio, the digital marketing manager from New York looks for humor and intelligence in a partner, and her guilty pleasure favorite TV show is Dancing With the Stars, so Nick really dropped the ball when he sent her home during Week 2.

But she also listed her biggest date fear as learning that her date will be "going on another date right after," which is literally what The Bachelor is. But when Lacey spoke up on the Women Tell All special as Nick took the stage, a lot of fans were likely wondering: "Lacey who?" Because a Week 2 elimination doesn't exactly scream memorable, considering how well we've gotten to know some of the other contestants. But in Lacey's case, she was just one of the many early Bachelor casualties.

You probably recognize Lacey from the wedding dress group date, which is the only date she actually got to be a part of before Nick sent her home. I mean, it's entirely possible that Lacey could have found a place in his heart in a very real way, but she never got the chance.

But even though the Syracuse University graduate was sent home early on this season of The Bachelor, she seems to have made herself available to all of the friendships that come along. Call it Lacey milking the last seconds of her 15 minutes of fame, or call it par for the course when you're part of Bachelor Nation, but she definitely wasn't staying quiet throughout the two-hour special.

On the Bachelor Women Tell All, Lacey managed to at least address the fact that she felt she was friend-zoned by Nick before she got the chance to really connect with him. He did send her home the second week of the show though, so she didn't have to endure her place on The Bachelor for too long. But hopefully this opportunity was able to give her some closure on the matter.