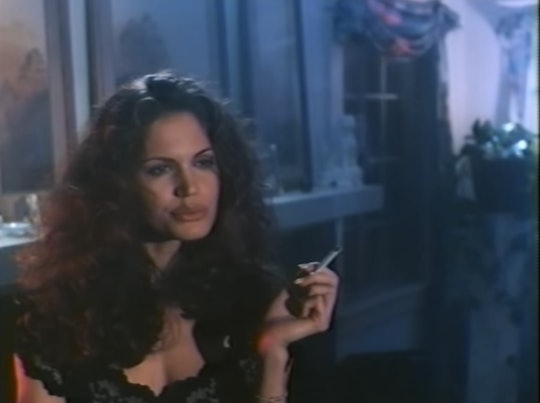 Who Is Paula Barbieri On 'American Crime Story'? O.J. Simpson's Ex-Girlfriend Details Her Relationship With The Juice

FX's hit American Crime Story brings us back two decades to the madness of the infamous O.J. Simpson trial, and people are just as obsessed now as they were back then. One person involved in the trial and its proceedings was Paula Barbieri, O.J. Simpson's girlfriend at the time. Barbieri reportedly dated Simpson until the day of the murder of Nicole Brown Simpson and Ronald Goldman, of which Simpson was later acquitted for. The night before, Barbieri and Simpson attended a fundraiser. By the morning, Barbieri had allegedly called off the relationship with Simpson – via a 30 minute message on Simpson's voicemail.

Barbieri and Simpson began dating in 1994 after meeting through mutual friends. She was modeling for Victoria's Secret at the time, and was most famous for posing for the Oct. 1994 cover of Playboy. On the day of the murder, Simpson allegedly called Barbieri several times after she left the voicemail. She, however, was reportedly on her way to Las Vegas to be with singer Michael Bolton.

Despite the fact that she broke off her relationship with Simpson, at one point she defended Simpson and continued to visit him in prison throughout the trial, according to the religious site Living Light News. On an appearance of ABC's Prime Time Live in 1995, Barbieri claimed she believed Simpson was innocent, although years later she told Larry King that she wasn't as certain about whether he was innocent or guilty. Instead, she said she as "choosing not to look further into making a decision one way or another..."

Barbieri now lives in Florida with her husband and daughter. She became a born-again Christian in the late '90s, according to New York Daily News. In 1997, Barbieri said, "Rather than replace O.J. for my father, I replaced him for God."

Now that buzz around the trial has been revived by American Crime Story, Barbieri is again on people's radar. According to the Daily Mail, those in Barbieri's community have not asked her how she feels about the series. A neighbor said that she has not spoken about the series nor the trial. They continued, "I don't think many people in the community have any idea she was his girlfriend, and I don't think she would want it known."

Barbieri briefly appeared in the first episode of American Crime Story as portrayed by Angie Patterson. While Barbieri did not appear on Tuesday's episode, her actions of the voicemails and traveling to Las Vegas to see Michael Bolton are briefly mentioned. Barbieri is just one element in the labyrinth of the Simpson trial that American Crime Story continues to tackle week after week.