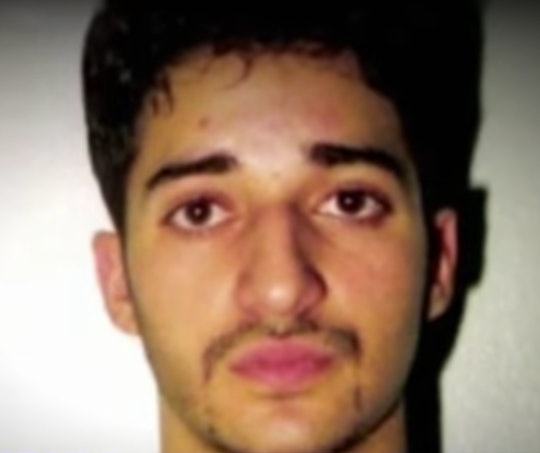 Will Adnan Syed Be Released From Prison? His Lawyers Are Seeking Bail

If Adnan Syed's request for bail is granted, it will mark the first time he has lived outside of prison since Feb. 28, 1999. That's the day that the then-17-year-old high school senior was arrested for the murder of his ex-girlfriend and classmate, Hae Min Lee. In 2014, the wildly popular podcast Serial resurrected the case, reexamining the prosecution's circumstantial evidence that had ultimately doomed Syed to life plus 30 years in prison. Debates about Syed's guilt or innocence overflowed from the court of public opinion back into the actual courtroom, where his legal team successfully argued to overturn his conviction and win him a retrial in June. It could be years before it's determined whether Adnan Syed will be permanently released from prison as a free and innocent man, but his attorneys have now filed a motion for him to be released until the trial.

"Syed has now served more than 17 years in prison based on an unconstitutional conviction for a crime he did not commit," reads the motion, which was filed Monday in Baltimore's circuit court. "He has no history of violence other than the state’s allegations in this case, and if released, he would pose no danger to the community." ‌

According to the motion, Syed has the support of several community members who have even offered their property as bail. Each of them must be convinced that the case against Syed is flimsy at best, as his lawyer C. Justin Brown has repeatedly said. The court granted Syed the retrial earlier this year based largely on the fact that the State had used unreliable cell tower information to corroborate the ever-changing story of a witness who claims he helped Syed bury Lee's body, and the emergence of an alibi witness who says she was with Syed after school on the January day she is believed to have been killed. (Her body was found in a shallow grave in a Baltimore park about six weeks after she went missing.)

Syed had consistently maintained his innocence, saying that he simply does not remember where he was that January afternoon. That's been his story through both his trials all those years ago (the first was deemed a mistrial) and during each of his many telephone conversations with Serial host Sarah Koenig over the course of the series' 12 episodes.

The defense's newest motion goes in on Jay Wilds, the prosecution's star witness all those years ago. He was a friend of Syed's at the time of the murder, and one version of the story he told involves Syed's having lent him his car, and then calling him at 2:36 p.m. from a Best Buy parking lot, according to Rolling Stone. Syed allegedly showed Wilds Lee's strangled body in the trunk of her car when he arrived. Wilds later pleaded guilty to being an accessory after the fact but did not receive any jail time in exchange for his testimony, The Baltimore Sun reported.

The motion, though, details all the time Wilds was allegedly more than an "accessory" to violence against women since then. He was involved in a smattering of recorded domestic violence incidents in 2006 and 2009, most notably when a girlfriend told police that in 2009, he punched her repeatedly in the ribs, according to the motion. This month, she told Syed's defense team that Wilds had "strangled her with both hands" in an attempt to keep her from calling 911. Romper could not reach Wilds for comment.

Of course, that alone does not implicate Wilds in having anything more to do with the murder than he says he did. But the defense is looking to discredit the already weak witness, as well as other key points of the state's case. The prosecution, for its part, is expected to fight Syed's chances of freedom every step of the way, including this latest attempt to free him on bail. For the foreseeable future, Syed's case will be in the headlines.