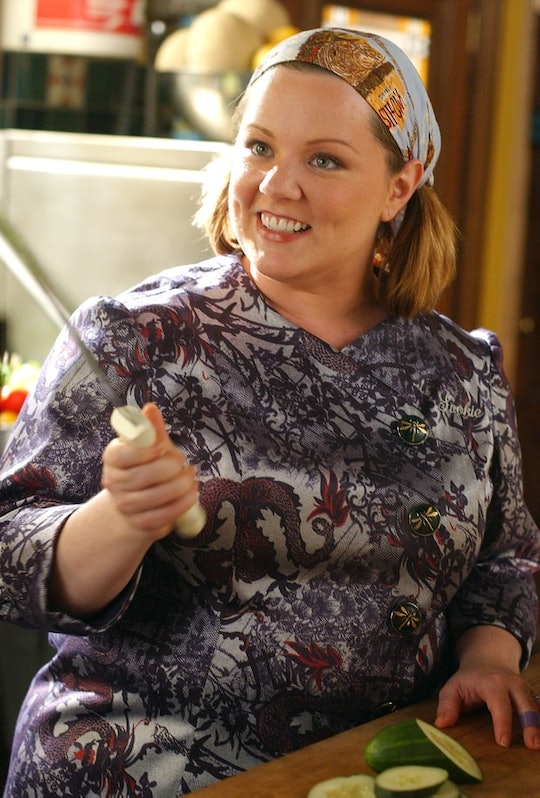 Will Sookie Be In The 'Gilmore Girls' Revival'? Melissa McCarthy Will Make An Appearance

It took a little while to get all their ducks in a row, but when most of the original cast was finally locked down for the Gilmore Girls revival, fans all let out a collective sigh of relief. But among everyone else on Stars Hollow, will Sookie be in the Gilmore Girls revival? Melissa McCarthy was one of the last actors to be locked in to reprise her formal role on the series and for a minute there, fans were worried that her schedule wouldn't allow for it at all.

But as it turns out, there was no need to worry. Sookie will be back in the Gilmore Girls revival, in all of her pig-tailed glory, ready to bring back that superb dynamic between her and Lorelai. But as much as viewers would love to have her for every episode of the four-part series on Netflix, it looks like McCarthy will be in just one episode of the revival, and even then, she might not be a prominent fixture in that episode.

Amy Sherman-Palladino told TVLine that due to McCarthy's acting schedule outside of the Gilmore Girls revival, she was able to dedicate just one day to the much-loved character of Sookie. That being said, though, they made damn sure to make that one scene count.

Sherman-Palladino said that since they only had McCarthy back for one day of shooting, they "threw her, like, a 10-page scene, because, why not?" Why not, indeed. But she promised that what there is of Sookie in the Gilmore Girls revival will make up for her absence in the rest of the four-part continuation. Back in March, McCarthy told Entertainment Tonight that she would not be participating in the reboot and that although she was excited for the Gilmore Girls revival, she would not be reprising her role as Sookie — aka Stars Hollow's best chef and just all around coolest person. Now, however, things have obviously changed. (Thank goodness!)

The last time fans saw Sookie was in the series finale when she was helping with Rory's surprise graduation/going away party. She's the one who, in a roundabout way, helped in inching Lorelai and Luke back together in the end, as she told her BFF that going through with the party was Luke's idea. So even though she isn't a Gilmore herself, you just can't have a Gilmore Girls revival without Sookie.

McCarthy is returning to the Gilmore Girls revival in what will likely be just one scene, but it had better be a doozy if that's all fans are getting from her. I'm sure it will be.

More Like This
The Complicated Targaryen Family Tree From House of the Dragon Explained
'Firefly Lane' Is Coming Back To Netflix For One More Final Season
Velma Is Finally Portrayed As A Lesbian In A New Scooby-Doo Halloween Movie
Kate Middleton Shares Her Kids' Sweet, Yet Honest Reaction To Seeing Old Photos Of Her