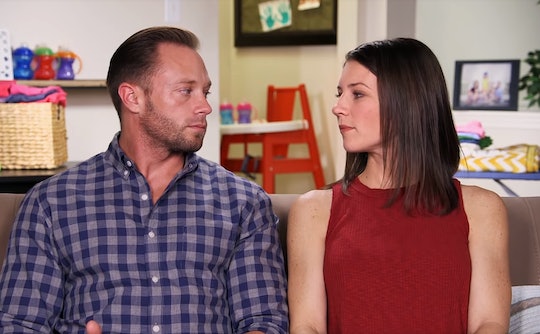 One thing that’s pretty common for parents of kids who are outgrowing babyhood is to want those sweet baby times back. That often means having another child. But for a family as large as the one on TLC’s OutDaughtered, that may be a really hard choice. Still, fans can’t help but wonder, will the Busbys have more children one day in the future?

In 2016, when the show was in its first season, Danielle Busby seemed to make her feelings on the matter clear when she told husband Adam that he needed to get a vasectomy. “Adam — you want this, you’ve got to get that snipped,” she told him, according to People, as they talked about their lack of a sex life after the quints were born.

But when the trailer rolled around for Season 4, the show was teasing the potential of a pregnancy scare. In August 2018, fans found out what was happening when the show revealed that Adam had skipped his post-vasectomy appointment where he would have been tested to make sure that it took. It was during that segment that the couple also revealed their feelings about having more kiddos right now.

“Do you want to have more kids?” Danielle asked her husband. “No,” he answered incredulously, as though the thought of such a question was just silly. Neither of them seemed to hedge on that at all, so it’s a pretty fair bet that they are not interested in having any more kids right away.

That’s totally understandable with six children under the age of 8 running around the house already, especially with some of the challenges they’ve recently gone through with potty-training, and getting the quintuplets settled into different preschool classes.

And in an interview with USA Today, Danielle explained that while some of those things are beginning to settle down, there are other challenges to raising quints right on the horizon. “We didn’t think it’d get much harder or much worse after the 2’s, but 3's have definitely been a lot more trying," she told USA Today. "They’re so opinionated, and they’re little individuals (with) their own personalities and interests and likes and dislikes. Tantrums happen here and there because they can express what they want but it doesn’t mean they always get what they want.” That was bound to happen eventually. Hang in there mom and dad!

Fans know that the Busbys will hang on through the tough stuff because they so desperately wanted the children they have. When the Busbys were first married they kept a blog where they chronicled their life. There, Danielle shared with the world their journey through infertility, which included drugs, monitoring, and finally intrauterine insemination (IUI). She explained that when she first heard she was pregnant for the second time she was startled by how high her HCG levels were, but assumed it might be twins. “I would LOVE twins…especially since I knew we would not be trying for more after this go around of infertility,” she wrote on their blog.

While that could change as the children get older, it’s probably also fairly safe to assume that if they do have more children anytime soon, it will have been some kind of naturally occurring miracle.

Whether or not the family ever has any more children, there’s no question that these parents adore the gifts they’ve been given. On an Instagram post in August, Adam captioned a photo of himself with his six happy daughters, “Thank you God for giving the the opportunity and ability to be Daddy to these 6 miracles. From an early age, you instilled my love for children,” he wrote on Instagram.

That love has undoubtedly only grown as he’s taken on the joy of raising such precious and precocious girls.