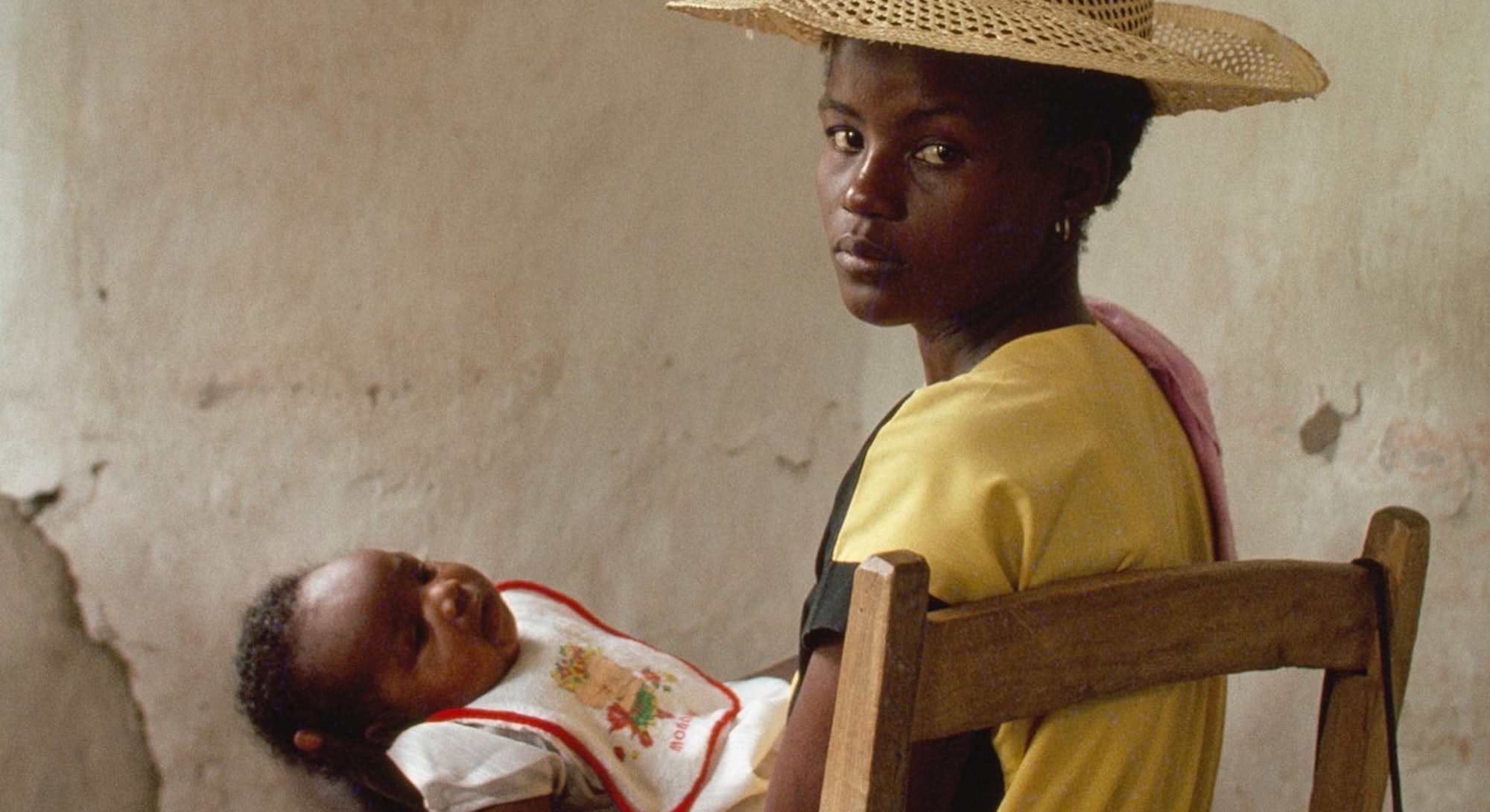 "Eternal." That is the word Susan Goldberg, the editor-in-chief of National Geographic Magazine, would use to describe the composite image of motherhood evoked in a striking new photo collection celebrating the lives of women around the world. Ahead of the release of WOMEN: The National Geographic Image Collection, Romper chatted with Goldberg to learn more about the book's powerful photography, compiled from decades of documenting women, which functions as a visual history of motherhood.

"Although the technology of how pictures were taken changed, that love and pride that you see between mother and child seems like such an eternal image," Goldberg says.

WOMEN: The National Geographic Image Collection — available for pre-order now and purchase on Oct. 15 — features 450 stunning photographs from the magazine's archives of women from all around the globe. It's broken down into six categories: joy, beauty, love, wisdom, strength, and hope.

The powerful collection dates back to 1918. And looking at the photos "in totality," Goldberg says it's easy to see how "the role of motherhood is so central to many women's lives."

Photos exclusively shared with Romper ahead of the release depict just that. One picture Goldberg especially adores is recent, taken at a woman's graduation at Spelman College in Atlanta, Georgia.

"It's such a joyous, happy occasion," Goldberg says of the photograph above. "So here you've got a young woman in a very modern situation, right? Women getting educated. And I just... I love the joy and beauty of this photo and it, to me, it speaks of hope in the future."

The collection features several empowering photos celebrating women's achievements and milestones, like the one below of a young mother in her graduation gown holding her 11-month-old son wearing her cap.

"One of the things that I could just say that I like about the book overall is how you really see the depiction of women changing," Goldberg says. "... It's a very different view of women, [it] really does tell you about this narrative of the last three centuries."

Take this striking photo of a fashion model in Mumbai sitting with her mother, who is dressed in a traditional saree:

"Not all of these photos are happy photos by any means," says Goldberg. Some of the photos "do capture women in difficult moments and difficult times of history or facing really difficult circumstances."

Struggle and heartache are simply part of life, but so are moments of triumph and love, which the collection also beautifully displays. The photo below of a pregnant woman being celebrated in a traditional Navajo Blessingway ceremony is a perfect example of that.

As does the photo below of a smiling woman in 1968 in Afghanistan holding a young child in her arms.

The collection also memorializes those joyful, everyday moments, as seen in the photo below of a mother in Zambia breastfeeding her child while at a beauty shop, chatting and laughing with her friends.

The photo below of a mother holding her baby, shot in a clinic 1987 in Haiti, also beautifully depicts a universally mundane, but necessary, task: waiting at the doctor's office.

One of the oldest photos in the collection was shot in France during World War I in 1918, showing two mothers and six babies swinging in tiny hammocks.

Another photo shown below comes from National Geographic's extensive photo archive — it is shared exclusively with Romper and not included in the book.

"It just... it's really showing such as traditional view of women and women's role. But you see these women and how proud and happy they are to be, to be with children," Goldberg says.

Beyond the stunning 450 images that span over 130 years, WOMEN: The National Geographic Image Collection also features interviews with several prominent women, many of whom are mothers. New Zealand Prime Minister Jacinda Ardern discusses the most important lesson she hopes to teach her daughter; Tarana Burke, civil rights activist and founder of the #MeToo movement, explains why she admires her own mother; and House Speaker Nancy Pelosi talks about motherhood and feminism.

Goldberg found National Geographic's interviews with former First Lady Laura Bush and philanthropist Melinda Gates especially moving. "It's kind of amazing how many women do reference their mothers or their children," she says.

"I do think the overall narrative arc that you get does show that women are — right now, all the women, all of us — are living in an amazing time of tremendous opportunity. And this is increasingly true all over the world," Goldberg says. "[While] lots of women have incredible challenges before them, things in general are so much better than they were even a generation ago."

Goldberg says that while National Geographic "certainly didn't set out to tell the story of women," the magazine's constantly growing photo archives "inadvertently" created a "visual history of women."

"When you look at it," Goldberg says, "you see so much progress and so much hope."